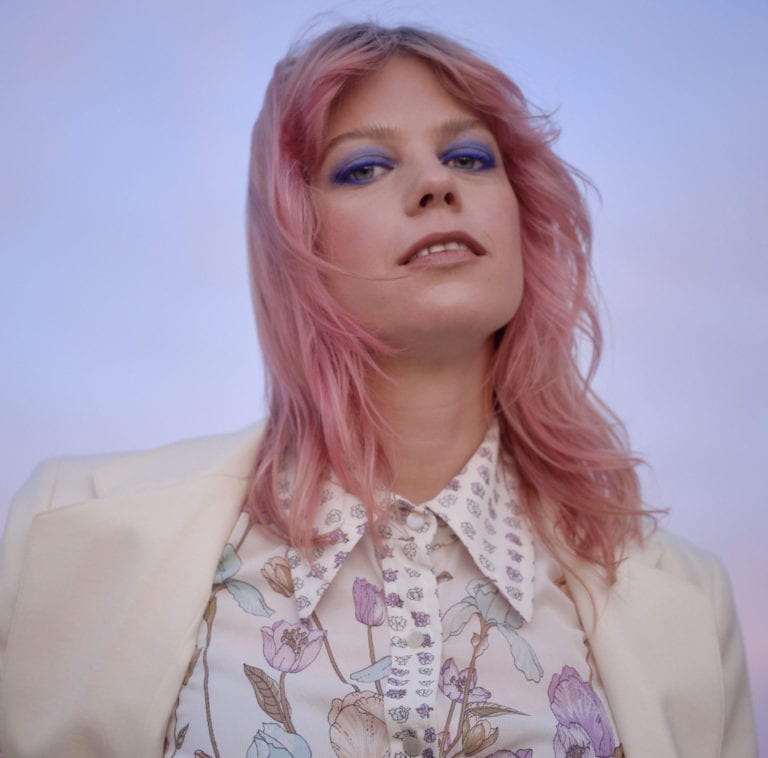 Basia Bulat: To life, to love

Between the death of her father and the meeting of the man who would become her husband, Montreal singer and multi-instrumentalist Basia Bulat went through a range of emotions during the creation of her fifth album, Are You In Love? Meet an artist in tune with herself and the world around her.

PAN M 360: Are You In Love? is the fruit of you being in love, but also of going through mourning. How would you say love, on one side, and grief on the other, influenced your work, or inspired it?

Basia Bulat: There is a very beautiful book by Kahlil Gibran called The Prophet that explains this feeling better than I ever could. I come back to this passage from the book all the time, and was re-reading it while I was making my album:

“Your joy is your sorrow unmasked.
And the selfsame well from which your laughter rises was oftentimes filled with your tears.
And how else can it be?
The deeper that sorrow carves into your being, the more joy you can contain.
Is not the cup that holds your wine the very cup that was burned in the potter’s oven?
And is not the lute that soothes your spirit, the very wood that was hollowed with knives?
When you are joyous, look deep into your heart and you shall find it is only that which has given you sorrow that is giving you joy.
When you are sorrowful, look again in your heart, and you shall see that in truth you are weeping for that which has been your delight.”

PAN M 360: How did you manage to channel this duality?

BB: In my experience, the sonic direction of any recording I’ve made comes from the lyrics, and from the environment and energy of the recording space … So I was lucky that I was recording most of this album in Joshua tree, which is a very spiritual place. Even on a simple level, the difference and changes that the landscape goes through between day and night are really profound, and had an effect on the energy in the recordings, so I’m glad if you can feel that coming through your speakers or headphones.

PAN M 360: You wanted to make an album about compassion – can you explain a bit about the creative process, how and where it was conceived and recorded?

BB: Before I started recording the album, I had written to my friend Jim James [of My Morning Jacket], who produced the album, and we were talking about how I wanted to write songs about compassion. I didn’t know what that would sound like, or what kind of songs they would be, just that I wanted to use that feeling as my guide. I was writing a lot about different experiences in my life that I had been afraid to write about before, which required a kind of compassion for myself that I hadn’t anticipated.

I started writing some of the music and lyrics before getting to Joshua Tree and then a lot of the lyrics and music were finished there. It was a place I’d always dreamed about visiting, and the experience inspired a really deep listening in my body and in my heart. Everyone working on the session would take the morning to themselves, so I would spend the morning just playing guitar or writing lyrics on my own. Then everyone would meet up around noon and we’d start playing a song and working on an arrangement with the band playing live.

We would always take a break to watch the sunset, and see all the animals come out and a new side of the desert would wake up with the stars – and it was with that new night time energy that we would often record “the take”.

PAN M 360: “Already Forgiven” is a beautiful song. How was it created? I read somewhere that your husband recorded the sound of the wind through a window and then you put that through a guitar pedal?

BB: I love how this song came to be. My husband Andrew, who played many different instruments and also did some engineering on the album, recorded the wind as the storm was picking up outside and took the signal through a few different pedals and various electronics, so that the wind began to sing its own melody. When I heard the melody singing along with the original sound of the wind, I was inspired to write the rest of the lyrics for the song that I felt were missing until that moment.

PAN M 360: Why did you choose to work again with Jim James?

BB: Jim is one of my favourite artists and songwriters. He’s such a wonderful person to work with as a producer because he’s not interested in doing the same thing twice, and neither am I!

PAN M 360: Any funny or strange stories about the recording?

BB: A lot of people go crazy and get lost in the desert and I might have been one of those people… but I won’t go into more detail than that!

PAN M 360: if you put all your albums in perspective, what would you say about this one compared to the others?

BB: I try not to spend too much time comparing things, actually, anytime I’ve done that to my songs, they come back to prove me wrong! I’m finding that even my oldest songs are finding a way to be relevant to my life again, which is really strange. It comes in cycles for sure.

PAN M 360: How do you spend your time in these days of confinement? What do you listen to?

BB: I’m trying, like everyone else, to stay inside as much as possible!  Thankfully, being an artist, I’m already accustomed to being alone, but this is different and more difficult because of not knowing when I can see my family again and how long this will all last… but in the meantime I’m reading a lot and talking with my family and friends on the phone and trying to help out anyone in my neighbourhood who needs it. I’ve started a lot of seedlings so watching them grow and slowing down to their pace has been very calming.

I’m listening to Music For Airports by Brian Eno often, and I play a compilation called I Am the Center: Private Issue New Age Music in America, 1950-1990 a lot too. I’ve also carried on the tradition of watching the sunset each day since recording in Joshua Tree, so going outside to watch the sunset any day that it’s possible helps me feel some balance in this very strange time.