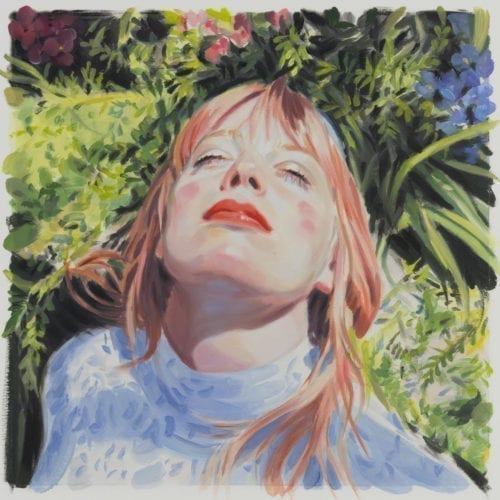 Each album marks a stage in Basia Bulat’s career, but also in her love life. The Toronto-born singer-songwriter and multi-instrumentalist, now based in Montreal, creates indie folk music illuminated by warm but sober pop, and shares her romantic feelings, wounds, and doubts with intelligence. Her previous album, Good Advice, released in 2016 and produced by Jim James (My Morning Jacket), showed a singer increasingly confident and ambitious in her arrangements.

This new opus continues in the same vein, and allows us to appreciate once again the artistic complicity between the two musicians. The first tracks set the tone, with their traditional, americana, gospel and country influences, evoking the beautiful, arid, rocky and sun-drenched landscapes of the Joshua Tree National Park where the album was recorded. Basia’s voice is as bright and touching as ever, sometimes soul, sometimes contemporary pop à la Adèle (“Love is at the End of the World”). The pop ballads sometimes lack contrast (“Your Girl”) or slather too much icing in the vocals, the expression of emotions thus less spontaneous (“No Control”). The real surprise of this album is undoubtedly the track “Already Forgiven”, in which Bulat delivers a genuine, delicate, colourful and fairy-tale performance, with lyrics of a sweet and soothing sincerity. The artist communicates the elusive lightness that forgiveness can bring and embodies it in a salutary release. Basia Bulat continues to evolve and breaks her shell a little more, without yet completely coming out of it.