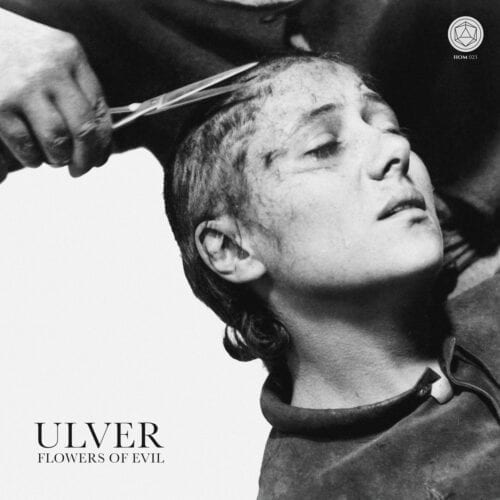 The legendary band with a singular career path is releasing a new album, along with a book of more than 300 pages recounting their musical journey, Wolves Evolve: The Ulver Story. Ulver, meaning “wolves” in Norwegian, a protean formation active since 1993, first offered three albums of black metal, and then, with great talent and as much audacity, touched on a multitude of styles – neo-folk, experimental jazz, trip-hop, ambient, drone – to move towards a pop music that obviously comes from other territories. For a few years now, the pack has been alternating between these pop albums, supported by the limpid and penetrating voice of Kristoffer “Garm” Rygg, and other projects: soundtracks and instrumental albums, such as the excellent Drone Activity released last year.

In spite of their versatility, their artistic ambitions have not wavered in any way. To unearth the sublime, not in broad daylight, but, as per the title of one of the pieces in this opus, “in the hour of the wolf”, the last hours of the night, where the sublime and the tragic merge. Flowers of Evil, in the aesthetic lineage of the masterpiece The Assassination of Julius Caesar (2017), is steeped in this imposing design that they create each time using a variety of textures.

Their album, with its “’80s” impulses, is like an anthology of personal stories, human dramas, with a naturalist treatment. Having become masters in the art of linking the small story to the big one, the group reveals itself in all its strength thanks to an unparalleled sense of storytelling. The result is magnificent pieces, rich, serious, and danceable, where contemporaneity is close to biblical and historical references. Two collaborations on the album: the guitar and the electronics of old friend Christian Fennesz on the opening piece, “One Last Dance”, a true hymn manifesto. The melancholy funk of “Little Boy” achieves a delicious saturation, at the end of which the bagpipes of Michael J. York (Teleplasmiste) appear.

Ulver’s power radiates far beyond their music, to the point of composing a dense mythical fresco. Definitely in the running for the album of the year.