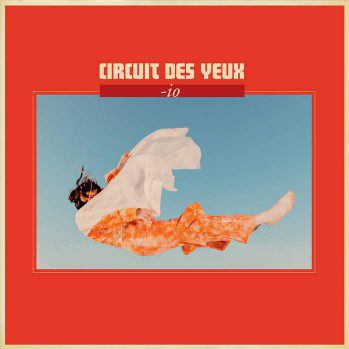 Haley Fohr, better known by the name of her main project Circuit des Yeux, is a singer-songwriter with a four-octave voice. From her lo-fi beginnings of accompanying herself on 12-string guitar and releasing dark, experimental albums, her songwriting has become more melodic, as discovered on 2017’s Reaching for Indigo, and on 2020’s Jacqueline, a synth-pop/disco/Western album released by her fictional alter ego Jackie Lynn. The current album, -io, is a culmination of that baggage but with pieces that have gained power from orchestral music capable of matching her voice.

Excerpts: on “Vanishing”, violins, cellos, tuba, trombone and other orchestral instruments assert themselves with dignity and confront Fohr’s rumbling, cavernous voice with violence. On “Dogma”, the rhythm is galloping, the guitar melody is Western, and Fohr questions the human condition and how to achieve our salvation in her most serious tone. The vocals become lyrical and the aesthetics theatrical on “Walking Toward Winter”, where one imagines actors and period costumes, as well as on “Sculpting the Exodus”, where layers of synths and a choir seem to come from the darkness of a cathedral. Then on “Neutron Star”, where experimental folk and classical orchestrations meet, the instruments give us the impression of accompanying the movements of actors imagined as if it were a musical.

Circuit des Yeux has been around for more than a decade, but -io presages a future potential of which we would discover here only a tiny part. This is Fohr’s most accomplished and sophisticated album, with compositions as dramatic as her voice.