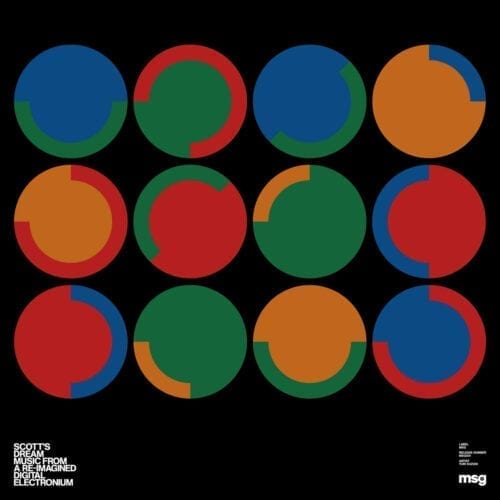 The American composer, producer, and inventor Raymond Scott may be one of the best-known musicians you’ve likely never heard of. A daring revisionist of jazz, pop, and soundtrack music, a man of the people, a man of mystery, a bit of a maniac, from his beginnings in the 1930s up to his passing in 1994, Scott dramatically upended conventions, and made a lasting mark on Atomic Age American popular culture. Among his activities was early investigation into the possibilities of electronic music. He spent decades developing a device called the Electronium, eternally unsatisfied with this homemade, analog predecessor to algorithmic music generators and artificial intelligence. His was a crude, prototypical vision of, in his words, “artistic collaboration between man and machine”. Scott kept his constant tinkering on the Electronium hidden and secret his whole life, bequeathing what was basically a pile of obsolete and inoperable junk to the care of Devo’s Mark Mothersbaugh upon his death.

Yuri Suzuki, a Japanese sound artist and designer now based in London, whose resume includes work with Jeff Mills and installations at the MOMA in NYC, has spearheaded an effort to replicate, with modern tech, what one imagines the Electronium might have sounded like. A digital simulacrum of an essentially hypothetical anachronism, one that randomly generated complete music from the most minimal data – the intellectual aspect of the exercise is perplexing to the point of inducing headaches. Suzuki and his team seem to have grasped this, and so the purely aesthetic dimension of the project is its greatest reward. The 11 tracks here, with “descriptive” titles in Scott’s tradition (“A Stimulant To The Imagination”, etc.), are abstract suggestions of lullabies and jingles, expressed in warm, sparkling electronic tones. Cheerful, charming, even enchanting stuff, a salute to the roots of electronic pop, Scott’s Dream is a reminder that wherever technology might take the arts, the human touch is the one bit that can never be lost.