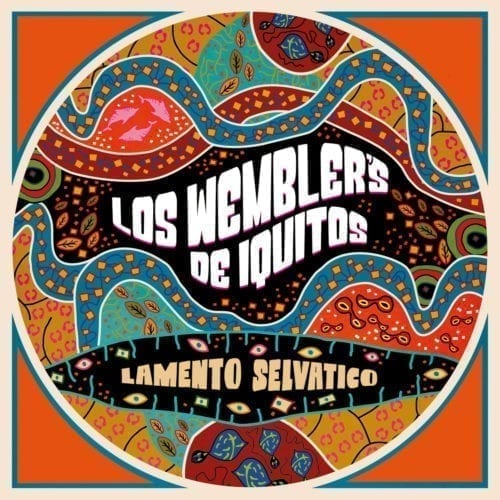 The NYC-based label Barbès, and their flagship band Chicha Libre, can be credited with kicking off the revival of chicha, a stimulating, highly psychedelic, primarily Peruvian strain of cumbia born in the backwoods bars of the Amazonian petro-boom and named after a potent corn-based liquor. In 2019, Barbès helped old-school chicheros Los Wembler’s fête a half-century with the impressive album Vision del Ayahuasca.

Two of the album’s strongest numbers have been remastered from the original reels for a richer, more vivid sound on seven-inch vinyl. The marvelous “Lamento Selvatico” is dusted with a dash of dub production for increased hallucinogenic kick, while the chipper, surf-inflected “Mi Caprichito” picks the pace up a notch.

There’s serious angle to this otherwise carefree fun, though. Only three remain of the Peruvian rock pioneers’ original lineup of the five Sanchez brothers and their dad (though the knack for great tracks remains intact). Jairo and Emerson Sanchez passed just this April, due to COVID-19. The virus is wreaking havoc in distant but populous Iquitos, “the largest isolated city in the world”, and help is desperately needed. Brooklyn-based label Names You Can Trust earn their moniker here by donating every cent raised to SOS Iquitos Amazonía Relief Fund – find out more about it here.