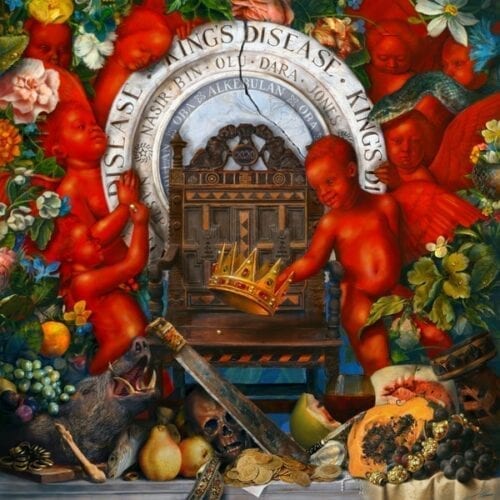 Nas returns to the time-worn trails of 1990s New York rap with King’s Disease, a 13th album that evokes the past, without however being restricted by it. Backed by Hit Boy, a producer who’s made his mark on several large-scale productions, such as Drake’s Trophies and Jay-Z and Kanye West’s Niggas in Paris, the iconic Queensbridge rapper surrounds himself with a number of good friends (including AZ, Foxy Brown, and Cormega, his three colleagues in the short-lived supergroup The Firm), and a few revelations already well established in their genre (Lil Durk, Don Toliver, Anderson Paak). The guest list alone is a good illustration of this willingness to make something new out of something old, and Nas is particularly skillful and punchy in his linear flows that, while not surprising, never disappoint. His chemistry with Hit Boy, which rides soul, R&B, and jazzy melodies on raw, dynamic rhythms, makes King’s Disease one of his best albums of the last ten years. His reflections on adolescence (“Car #85”) and lost loves (“All Bad”), his declaration of love to the women he’s gotten with (“Til The War Is Won”) and his criticisms of the media and the government, in the midst of the resurgence of the Black Lives Matter movement (“The Definition”), all prove that it’s possible for a rapper to age without losing their essence or flavour.