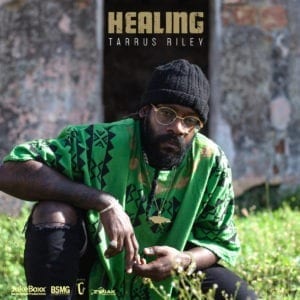 For this sixth album, Tarrus Riley joins forces with producer Shane Brown (Juke Boxx) and deploys an arsenal of rhythms for these 12 songs, where he’s accompanied by the most prominent Jamaican artists: roots reggae, on “Poor Immigrants”, a cover of his father Jimmy Riley’s 1982 release, and on “Babylon Warfare” with Teejay; nyahbingi for “Remember Me”; ballad for “T.I.M.E. (Together in Moments Everlasting)”; pop for “Great Equalizer” and “Blessings”, and contemporary dancehall on “Shenseea (Lighter)”. Other highlights include “Connect Again” with Konshens, and “My Fire” with Dexta Daps, in a Jamaican R&B genre. His mentor and conductor, saxophonist Dean Fraser, once again handles the arrangements and manages to make this catch-all album come together well. Tarrus Riley’s voice proves once again that he has nothing to fear, and that he still deserves his youthful nickname, Singy Singy!