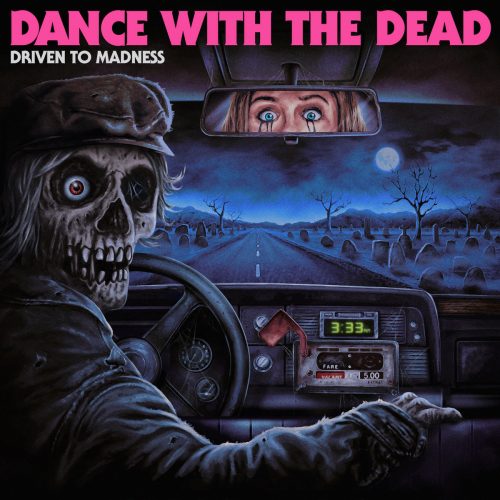 The leaders in synthwave’s retro horror-movie subset, France’s Carpenter Brut, have as their namesake the iconic director—and soundtrack composer—of the primordial slasher film, Halloween. It’s as a bold gesture as Pittsburgh duo Zombi grabbing the flag of the style’s Italian side, recalling Goblin’s themes for the living dead. Alas, Carpenter Brut have now been one-upped by the Californian duo of Justin Pointer and Tony Kim. Mr. Carpenter himself intones the menacing introductory words of their latest in almost a decade of albums. (His son Cody contributes to the track musically, as he has for a number dad’s more recent films). From there, Pointer and Kim deliver a steady succession of robust if frankly unexceptional instrumental synth-rock nuggets, sounds of the sort that permeated grindhouses and drive-in cinemas throughout the ’80s. Needling synths, alternately sinister and soaring, surge ahead in parallel with galloping guitars that echo the era’s two main strains of metal, glam and thrash. It’s a relentlessly grandiose affair, and like Carpenter’s movies, decidedly American. Soon enough, someone will have to give these two their own lurid, low-budget horror flick to score.