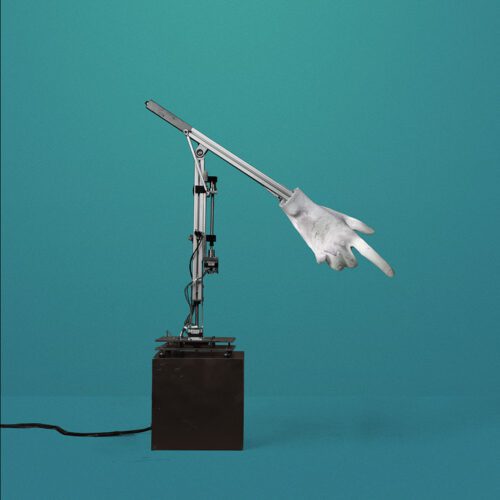 New Yorkers, Bodega, have always described themselves as overtly pretentious, and their attitude hasn’t changed
much with this new effort. The follow-up to the band’s acclaimed debut album, Endless Scroll, and the Shiny New
Model EP, Broken Equipment was inspired by a book club in which the band members met to study the works of a wide range of philosophers. While the band’s lineup may not be the same as it is today —with a philosophy teacher on bass, it helps with nerdy credibility—it hasn’t changed much, with guitarist/vocalist Ben Hozie and his partner in crime Nikki Belfiglio still leading the band’s fortunes. So, on this new Bodega album, we’re treated to roughly the same vindictive and arrogant art-punk recipe that enchanted us since the release of Endless Scroll in 2018. Broken Equipment‘s 12 songs take place partly in present-day New York, unpacking references to contemporary issues of algorithmic targeting, criticizing the media, authority (le pouvoir) and work (le travail), but also addressing theological (the excellent “Statuette On The Console,” which the band has released in nine different languages) and existential issues, as well as more personal or introspective themes.

It could be boring if the band applied this intellectual pretension to their music, but it’s not. Illegitimate sons and daughters of Gang Of Four, LCD Soundsystem, and Parquet Courts, Bodega prefers to make you dance without complicating their lives too much, while skillfully handling the presumption and art of mockery.