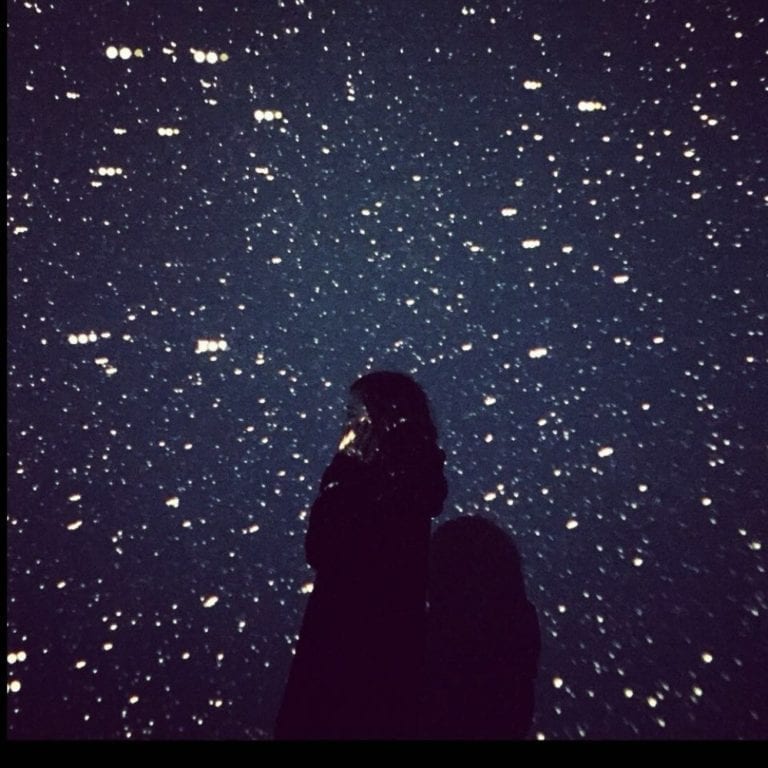 On her very recent debut release, the digital EP Still, Shanghai artist lisalyz takes antique Chinese music, for courtly soirees and lively night markets alike, chops it up and chucks in a digital wok. The slices and snippets are judiciously selected, the Ableton operations able indeed, and the results simply sublime, delicate and delectable. PAN M 360 got some further insights from 27-year-old Belisa Lin, aka lisalyz.

PAN M 360: You live in Shanghai, but are originally from Shenzhen. Are those cities good creative environments? Are you involved in the arts community in Shanghai?

lisalyz: Shanghai definitely has one of the best music scenes in China. People are incredibly nice and supportive, and I don’t really think I would make music if I weren’t here. I’m not actually involved in the community, but more like a fan going to events on weekends, listening to some great club music that I couldn’t make, and chilling.

Shenzhen is a new city. It’s more like a cultural desert but luckily, OIL Club turned up in time. People are struggling to make the scene better there – it’s harder than it seems. Hopefully they made it now. Both cities are great for producers to live in, in my opinion.

PAN M 360: The raw material for Still is what I’d call “antique” Chinese traditional and popular music. How did the music on Still come to exist? What was the original idea?

lisalyz: As I get older, I’m more obsessed with Chinese traditional music, which I totally resisted when I was a kid. The obsession came to a peak earlier this year when I was stuck quarantined with my parents back home. I listened to probably 10 times more traditional music than I used to. I found myself extremely peaceful while listening, and got inspired a lot. Chinese traditional music has five tones – gong, shang, jue, zhi, and yu – and they even have specific recommended times based on the five tones, corresponding to different internal organs, and insane stuff like that, for musical therapy. It’s incredible.

PAN M 360: What were your resources? Old records, or new recordings of the instruments?

lisalyz: Both. I normally sampled a bit of old records as a base, and added new instruments on the top of that.

PAN M 360: Each individual track has a particular spirit. For instance, “Da Nian San Sher” is very playful and festive, while “Sunfalling” feels more formal and dignified, like music for an important parade or procession. “Moon Shines Over the Western Chamber” and “Hermit Descend on a Sandbank” are more serene and contemplative. What do you feel the tracks express?

lisalyz: “Da Nian San Sher” refers to Chinese New Year’s Eve in Chinese. It’s my favourite festival of all time, and I made that one in a CNY mood right before I went back home for the holidays. The original record I sampled on “Moon Shines Over the Western Chamber”, titled “Romance of the Western Chamber”, is a type of Cantonese music called hanyue. It’s also a well-known play about a love story.

“Hermit Descend on a Sandbank” was sampled from a really famous guqin [plucked Chinese zither] track called “Wild Geese Descend on the Sandbank”, showing the attitude of not caring much about fame and wealth, but focusing more on inner tranquility, just like a hermit.

I didn’t really have a lot of particular thoughts in mind while making these tracks, to be honest. But in general, I guess the thing I’m trying to tell is, we’re living in this crazy world. Be “still”, find your inner peace, and everything will be a whole lot easier.

PAN M 360: There’s a lot of light trap style in your production, especially on “Waterflowing”. What kind of modern music, or even particular artists, inspire you?

lisalyz: There’s this anti-depression track I played a lot in recent years – Young Peach, “u already know”, produced by Swimful/Damacha. It’s a cheesy one. I love it a lot and have a good laugh every single time I play it. For “Waterflowing”, I guess I just got influenced by the way they made that beat, without noticing myself. I love wave music as well. I think trap is one of the elements that it contains. Artists like Kareful, Downstate, Haven, Pholo, LJC, and Khemist are inspiring.

PAN M 360: Do you have any other music projects in the works? After Still, it will be very interesting to hear what comes next.

lisalyz: Yeah, I keep making stuff, but I would love to make something more creative and exciting that I’m not capable of at the moment.