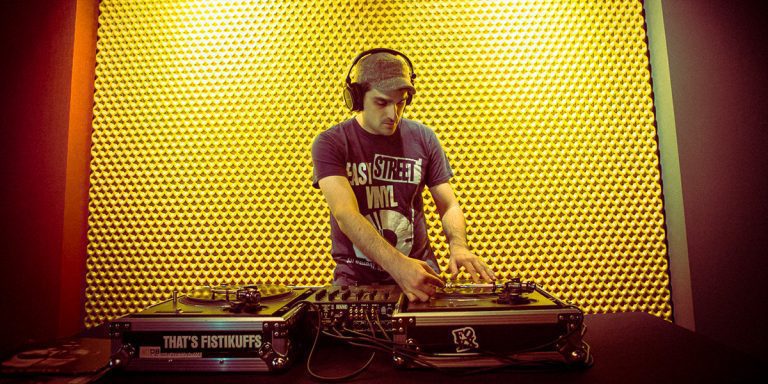 Mashups, the bootleg jams blending two or more often incongruous tracks by name artists, were born in in 1994 when Evolution Control Committee dropped Public Enemy’s rhymes over Herb Alpert’s corny horns. Ten years later, Danger Mouse made his mark with a milestone of the mashup movement, blending the Beatles and Jay-Z for The Grey Album (though for fucking around with the Fab Four, you can’t beat the productions of Tom Caruana).

A decade later, it’s 2021, the year De La Soul finally regained ownership of their music. Also worthy of celebration is the tenth anniversary of Fela Soul, and Gazaway is marking the occasion with a free giveaway of a deluxe edition of the album, with some sweet bonus tracks tacked on. PAN M 360 checked in with Gazaway to look back at Fela Soul, and look forward to upcoming productions.

PAN M 360: What makes Fela Soul so memorable, from what we could call the golden era of mashups, is that unlike most of the rest, there’s no irony to it. It’s not ‘so wrong it’s right’, as much as I love that… It’s just 100% ‘this feels right’. Do you feel the same way about it?

Amerigo Gazaway: I would have to agree. I always try to ask myself the question “does this feel right?” while working on these projects, and Fela Soul was no exception. It was the first conceptual collaboration that I ever produced and for that reason it holds a very special place in my heart. I wanted to create something that sounded good sonically, first and foremost, but also provide further meaning and context for those familiar with the artists or willing to dive deeper into their catalogs.

PAN M 360: The words and music of De La Soul and Fela Kuti both carry a big charge of positive energy, De La in a more lighthearted way, Fela more militantly, agitating for positive change. Were you conscious of that dynamic while making Fela Soul?

Amerigo Gazaway: I was. That was actually one of the main reasons I chose to pair the two artists together. However, I do think my style has evolved over the years and I have become much more particular about which songs and artists to combine ,and why. For instance, on the original Fela Soul project I didn’t incorporate as much of Fela Kuti’s voice and political messages as I probably would have if I had created the album today. Which is why on the new Fela Soul track “More Than U Know”, you can hear Fela singing lyrics which directly correspond to what De La Soul is talking about in the chorus and verses. It’s those little nuances and connections that really bring these projects to life and make it feel as though the artists I’m combining are actually in conversation with one another.

PAN M 360: Which of the jams of Fela Soul are you most pleased with today, and why?

Amerigo Gazaway: “Breakadawn” is still one of my favourites, mainly because it utilizes Fela’s infamous “Water No Get Enemy” sample, but also because of the fact that it was the first seed that led to the creation of the whole Fela Soul project.

PAN M 360: Fela Soul is just the tip of the iceberg, as far as your productions go. Care to suggest another classic from your catalogue that newcomers might also appreciate?

Amerigo Gazaway: Yasiin Gaye is another Soul Mates project that I created back in 2014. It combines the music of soul singer Marvin Gaye with the lyrics of rapper/actor Yasiin Bey, formerly known as Mos Def. It’s another one of those projects that just felt “right” from the start, from the music to the lyrics to the overlapping themes. This two-part album is considered a classic among many of my fans, and also marks a pivotal turning point in my career and artistic growth. But there are others as well – A Common Wonder, The Miseducation of Eunice Waymon, The Trill Is Gone, The B.I.G. Payback and more.

PAN M 360: What are you working on right now? What’s next in the pipeline?

Amerigo Gazaway: I’m currently working on a handful of projects with various MCs and artists, such as Napoleon Da Legend (Berlin) and Petty (Nashville). In addition to that, I’m working on my next instrumental hip-hop project as well as several top-secret Soul Mates collaborations. Last but not least, I’ve recently started composing soundtracks for film, TV and video games, which is something I’ve always been passionate about.