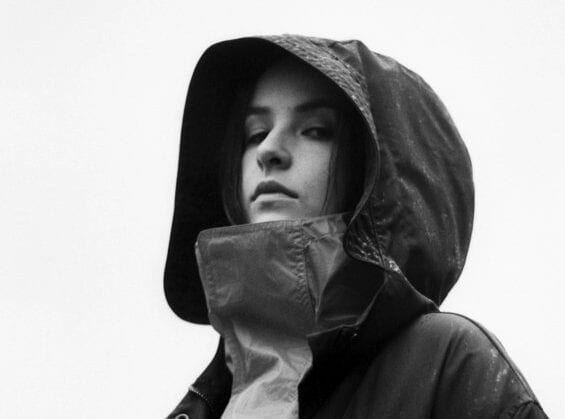 Ela Minus: Woman and machines

Originally from Colombia, the young Ela Minus has released the album Acts of Rebellion, on the Domino label. Composed, performed in English and Spanish, arranged, recorded, and produced by her alone, this invigorating work reveals a complete artist, trained percussionist, and accomplished beatmaker. Her high-level musical education certainly hasn’t hurt, but in this case, the rebellious spirit and vibrant creativity of this very gifted woman pulverizes all academicism. In recent months, excerpts from her new album have titillated our ears, hence the conversation that follows.

PAN M 360: Since few people know you outside your network, let’s start at the beginning – describe your journey.

Ela Minus: I’m from Bogota, Colombia, and based in Brooklyn. I started playing drums at the age of nine, when I started a band in elementary school. As a teenager, I played emo rock and hardcore punk, and then I wanted to study drums more deeply. I left Colombia when I was 19 and enrolled at Berklee College of Music in Boston, where I lived for four years. I was fortunate to study with the great jazz drummer Terri Lyne Carrington – my approach to music comes largely from that training with her.

PAN M 360: There are more and more excellent female drummers, but we’re far from parity, aren’t we?

EM: Yes, indeed. There are a lot more female drummers than before, but not yet enough. We were two women drummers in my student year. And today? You know, I listen to a lot of jazz and I don’t see enough change, this style is totally dominated by men. Beyond jazz, the music suffers because female musicians play differently. Because we are what we are, we should celebrate that difference more in the music world.

PAN M 360: You obtained two majors at Berklee, one in jazz drums and another in “synthetic music” – how did you get interested in electro?

EM: Before I came to Berklee, I was interested in electronic music, I was fascinated by synthesizers. Bands like Radiohead had already inspired me to explore synthesizers and electro music. I also felt that I should learn something other than drums, so I decided to sign up for this major devoted to music synthesis. I bought my first synthesizers, cheap ones, old ones. I dismantled some of them because I wanted to learn how they were made, and learn how to repair them. Then I started building my own synthesizers and composing with these new instruments. On the drumming side, I got tired of bands, and of all those young people who wanted to be famous more than being good artists. It became very boring, I just wanted to make music. Since I was working alone, I started singing and playing live. Up to now, this solo project of electronic music has become more and more serious.

PAN M 360: How did you bring this project to the stage?

EM: I first recorded three songs for fun, and then I was invited to Colombia for a festival. Honestly, I didn’t know what I was going to do!  So I played those three songs, and then someone in the audience asked me to play another one.  Since then, I’ve never stopped creating new proposals. In my spare time, I recorded a first EP, and when I felt that I had enough experience and knowledge playing live, it was the right time to record a full album. It took me four months, I did everything – composing, playing, beatmaking, producing. This album is a compilation of everything I learned during four years of playing live.

PAN M 360: What’s your stage equipment, and how do you present yourself in front of an audience?

EM: I have a MPC 1000 (Akai), a drum machine, a bass synth, a pocket piano that I built myself, a small modular synth, that’s about it. With this equipment, I do everything. I don’t play drums, I challenged myself to do something different from what I used to do. For me, it’s a lot of fun to play this music live. That’s an important factor that I think makes the music interesting. The live experience is always captivating. In the end, I played more live than I recorded with this project. I feel like a child! I had lost that spirit with the drums. There are chord changes, 32-bar loops within I can do whatever I want. I leave empty sequences at the beginning for improvisation, I give myself the right to make mistakes, I experiment. I approach my concerts as if I were playing jazz.

EM: I’ve always liked pop structures in music, melodies, lyrics… I always come back to pop when I don’t really think about what I should do. My discoveries of some electronic music made me love the aggressiveness and darkness. I also like repetition, all these elements give you freedom, from a drummer’s point of view. When you put all your energy into keeping the rhythm and keeping a band together, and a synthetic rhythm allows you to do something else, it’s really liberating.

PAN M 360: Okay, but your music isn’t exactly pop, other important variables come into play – what would you say they are?

EM: My music is a combination of pop, hardcore punk, and rough electronic music. I like darkwave, I also like Front 242 and all that Belgian electronic music that emerged in the ’80s and early ’90s, or the Canadian band Skinny Puppy. My approach to electronica is coloured by punk and hardcore rock, that’s where I come from. I don’t want a static concert in that sense. I need to sing, move, play instruments. It happens between you and me, we sweat together, we feel things, we are connected with the sound.

PAN M 360 : How do you plan to maintain interest while avoiding the trap of repetition that might be imposed on you by your own audience?

EM: Always fear that the person you married is in love with only one version of you. Lasting love must change shape, as being human involves change. Unfortunately, people often stay the same because they are afraid to stop being loved in a new version of themselves. It’s much the same between artists and their fans; for the relationship to be rewarding, artists need to make it clear to their audience that they need to remain open to change, to new forms, while remaining close to the human being who creates them. I really like this sentence by the art historian Ernst Gombrich: “Art does not really exist. There are only artists.” No matter what form your art takes, it is always you who is involved. People identify with you, so you really have to get to know yourself and find your voice. That’s my ultimate goal.