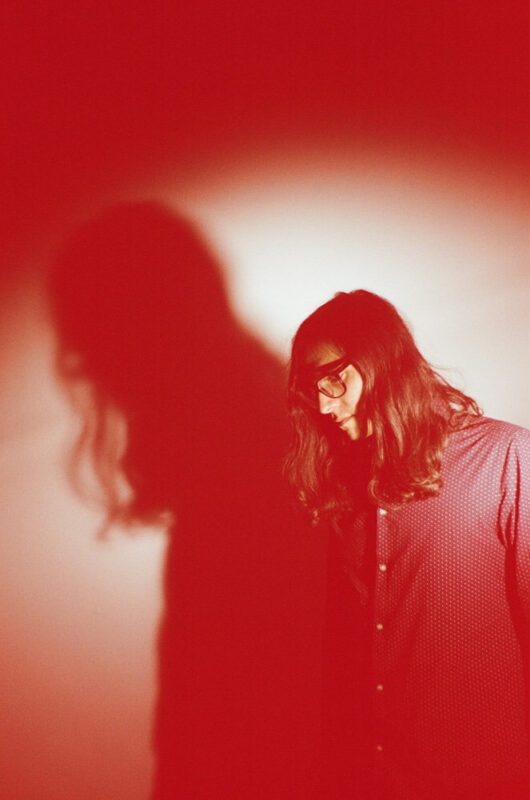 Singer-songwriter, producer, and “moccasin-gaze,” artist, Daniel Monkman, recently released his Big Pharma EP. The EP takes on some of the issues surrounding the pharmaceutical industry, mainly, according to Monkman, dolling out the most addicitive drugs to Indigenous people like himself. He learned this after getting sober and began doing his own research.

Big Pharma is about exposing the lies perpetuated by the pharmaceutical industry and Monkman has now made it his job to shed a light on the nefarious origins and manipulations within the system. Musically, Big Pharma sounds a lot like the atmospheric indie-folk of Beck’s Sea Change era or more recently, Morning Phase. He also worked with Cadence Weapon to produce a more hip-hop-focused track. We spoke with Daniel about the quick writing process of Big Pharma, his research on the pharmaceutical industry for an Indigenous perspective, and his love of Beck.

Daniel Monkman: Yeah, that’s that’s what I’m hoping for. Hip hop is a big influence in my life and after I switched schools, I met some punk rockers and kind of went on a different path.

PAN M 360: So you think you could have been a Hip hop artist in a different life?

Daniel Monkman: Oh, totally. And I still can be, you know, I am. I’m getting more into production and writing songs for people that since putting out an EP have done a lot of other kinds of hip hop stuff. Mostly writing music for people. It’s kind of my way to get in on the music stuff going around.

PAN M 360: Is that how you worked with Cadence Weapon on the “Oil Pastel / Dopesick” track?

PAN M 360: Did you guys talk about what the song was about or did he kind of freestyle it?

Daniel Monkman: I gave him the working song title, a demo version of the song, and he just kind of ran with it. I was really interested to see the stuff that he’s talking about based on just this song title that I gave to him.

PAN M 360: And there’s a central theme to the new EP. It’s not in your face, but even just in the song names, it’s about your experience with the pharmaceutical industry?

Daniel Monkman: Yeah. So it was my understanding that back in the day when the treaties were being signed, and my ancestors realized that the newcomers were not going to be leaving, a lot of our ancestral leaders got together and were like, ‘Okay, we got to start thinking about the future of our people, securing our place and society, and making sure we don’t fall too far behind.’ So they devised these treaties and within the treaties, came these certain privileges that other Indigenous people would be able to have. Like we would get free schooling, dental would be taken care of, as well as medicines. And over time, a lot of these things have been changed and manipulated. What I noticed when I got sober, was I started to wake up from the illusion of Canada and all that other stuff, I started to notice that the stuff that they were giving to us for free, or the only stuff that they were offering was the most addictive.

Daniel Monkman: Yeah. And to me, that didn’t feel right. So I started to do my own research and started to uncover some kind of this ongoing genocide. We believe that because we don’t see a lot of it, this ongoing, contemporary, genocide is non-existent, but it’s very much alive. And I experienced that in my hometown of Southern Manitoba. And it was something that stuck with me, ever since I uncovered those truths.

PAN M 360: So you’ve kind of made it your mission as an artist with a platform to speak about these truths?

Daniel Monkman: Yeah to give out a piece of information where I can, and try to educate Indigenous people that may be going down the pill route is not best, and trying to go back to natural ways of healing your body and mind. The pharmaceutical company has such a tight grip on everyone thinking that pills are just the way to go. And there’s a lot of people that will argue be like, ‘Well, the pills work for me.’ And that might be true, but not in the long run. Not in the long run, because the actual healing that needs to happen is like so much more than just taking a pill.

PAN M 360: So why do you think that these subsidized drugs for Indigenous people are the most addictive?

Daniel Monkman: Well, it’s no secret that the Indian Act was to eliminate the Indian and make them part of society so that the government wouldn’t have to caretake for them anymore. But it’s not really caretaking, it’s more just like, paying your rent for a home that you invested in, they invested in Canada. And so the less they have to care take, the more profits they get to keep. What a lot of people don’t know is there’s been a huge trust fund that’s been put aside for Indigenous people. So a lot of this money doesn’t come from tax money, it’s actual money that the government has to come up with them themselves. Canada is a very wealthy country and when you go to a reserve, it’s like a third-world country.

PAN M 360: So were you a victim of this system? Before you got sober I mean.

Daniel Monkman: Partly. Addiction was just like the self-medication of being in the system, being in very racist schools, and being picked up by cops randomly just for walking late at night. And in that was post-traumatic stress and not having the right systems in place to help you. I mean, 12-15 years ago, mental health wasn’t a buzzword. So I found other ways to cope and that was substances. It’s amazing that alcohol is so easily accessible, but therapy is not.

PAN M 360: I wanted to talk about the song “Red River.” It kind of puts you in a trance of being awake and asleep at the same time. How did you find that atmosphere?

Daniel Monkman: I bought this old Casio digital guitar one day when I was with my friend. I took it home and I started playing around and I got into this trance of this like riff. And I took it to my close collaborator, Andrew McLeod, also known as Sunsetter. And we just like worked that out at his house. I did most of the instrumentations but he played drums and just like being in the studio is inspiring. It had vocal melodies and stuff like that and was a very pop song. It was like very, very pop. But I decided to take out all the vocals one afternoon and just hear how the instrument sounded. And I was like, well, this works better as an instrumental.

PAN M 360: So when did you write this Big Pharma EP? Was it right after Bleached Waves came out? You also had the OMBIIGIZI project [with Status / Non-Status come out after then.

Daniel Monkman: So this EP was finished very fast. I wrote it like three months ago. Bleached Waves was made in like 2017-18 and in that time, I’ve already recorded an LP Two, and three EPs. But this was the latest one in the batch. I was just sitting at home and recorded in a month. And it was a very fast process. I was feeling very inspired. It was just like Bleached Waves and the songs just kept coming out.

PAN M 360: That’s always nice when you don’t have to look for inspiration. It just comes to you. I get a very Beck Morning Phase, vibe from this EP. And I know you covered him once with “Round the Bend.”

Daniel Monkman: He kind of gave me the whole reason as to why I got into music professionally. Up until that point, it was my belief that I have to go to music school and become a classically trained musician, or I just didn’t even know … it just seemed so unattainable. Until I heard Mellow Gold. And I was like, Oh, well, I can just do whatever I want.