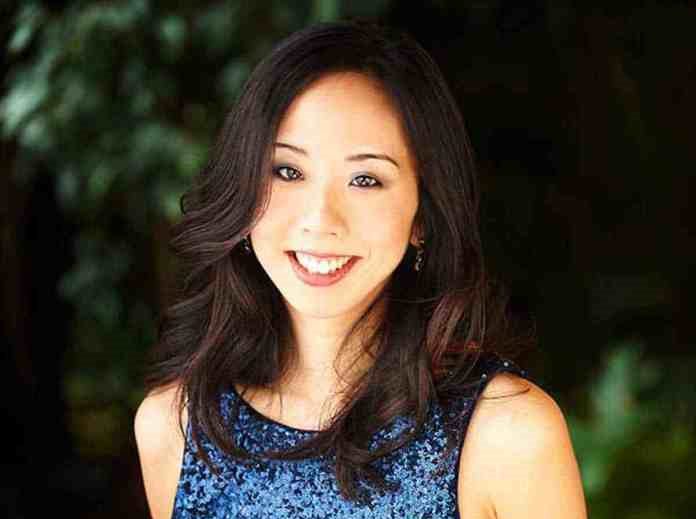 For its last concert of the Cartes Blanches series, Pro Musica invites music lovers to travel musically in Eastern Europe. Brian Manker, cello, and Angela Park, piano, will perform a repertoire focusing on works by Rachmaninov, Martinu and Kaprálová.

So let’s meet Angela Park, in order to know more about this excellent pianist’s career, about her duet with Brian Manker and the pieces to perform on Sunday, 3 PM, at the Phi Center.

PAN M 360: First, we’d like to know more about you! Where were you trained as a chambrist and a soloist?

ANGELA PARK: I studied solo performance at Western University, the University of Toronto, and the Université de Montréal. Chamber music has always been a large part of my musical education. I began playing in a piano trio when I was 13 and have always loved collaborating in various instrumental combinations ever since. I met one of my duo partners, violist Sharon Wei, when we were undergraduate students at Western University. Even during our studies, we sought out ways to keep playing together, and this has fed into my professional career. 25 years later, Sharon and I are still thinking up all kinds of projects together!

PAN M 360: Who were your main professors?

ANGELA PARK: James Anagnoson, Ronald Turini, William Aide, Jacob Lateiner, Paul Stewart. I have been lucky to meet and be inspired by each of these artists, who were each wonderful teachers as well.

PAN M 360: Who were or still are your pianistic role models?

ANGELA PARK: There are so many I love to listen to, including Richter, Horowitz, Argerich, Nikolayeva. Listening to recordings of my past teachers also continue to inspire me.

PAN M 360: How would you describe your pianistic personality?

ANGELA PARK: I have been told I am a sensitive listener 😊.

PAN M 360: Do you have favourite composers or periods of classical music?

ANGELA PARK: Composers I feel most close to as a performer are Mozart, Schumann, Debussy, Rachmaninoff. I also love the process of commissioning and playing new works of today’s composers. Some composers whose music I have really gravitate to are Barbara Croall, Omar Daniel, Kevin Lau, and Darren Sigesmund (who happens to be my husband!).

PAN M 360: Do you see yourself more as a chamber musician or a soloist?

ANGELA PARK: My career has taken me much more in the chamber music realm. I try to maintain a schedule of learning solo repertoire and playing recitals whenever possible, as I feel that solo playing helps ensemble playing, and vice versa.

PAN M 360: What are your favorite contexts for performing live or recording?

ANGELA PARK: Some of the most moving experiences as a performer have been for the organizations Concerts in Care and Xenia Concerts. Playing for those that cannot access concerts elsewhere is very meaningful and important. I love playing and recording with musical partners that I have a long friendship with, as it makes the whole experience more personal and gratifying.

ANGELA PARK: I recently moved from Toronto to London, Ontario, which happens to be where I was born and grew up. I currently teach piano and collaborative piano at Western University.

She is a founding member of the JUNO Award-winning Made in Canada Ensemble and the renowned Mercer-Park Duo with cellist Rachel Mercer. Rachel and Angela performed with violinist Yehonatan Berick as part of the AYR Trio from 2010 to 2020.

PAN M 360: As we can observe, piano duet with cello is something that you know very well. So let’s talk about the piano-cello duet: Do you still perform with Rachel Mercer?

ANGELA PARK: Yes, Rachel and I still collaborate extensively as a cello-piano duo. I met Rachel in 2006 and she continues to be a huge inspiration and important friend and musical partner. We also have other collaborative projects in the works.

ANGELA PARK: This is our first recital together, and I certainly hope to do more in the future! Brian and I are playing in a piano quartet formation this summer in Ahuntsic, along with violinist Andrew Wan and violist Sharon Wei.

PAN M 360: Can you tell us how and when you began playing with Brian Manker?

ANGELA PARK: I met Brian when I lived in Montreal around 2006, and I had a chamber coaching with him around that time that is still memorable. We played the “Trout Quintet” together many years ago in Westben, and a highlight of that concert was playing with Brian. He brings so much vibrancy and beauty to the music. I am very excited to be collaborating with him for this Pro Musica concert as a duo.

PAN M 360: Do you have some other gigs for piano-cello duets?

ANGELA PARK: Rachel and I have recitals coming up in the next season mostly in Ontario (KW and Cobourg).

PAN M 360: What are the specific qualities of this duet with Brian Manker?

ANGELA PARK: Brian brings such a positive energy to everything, and his playing is so effusive and full of colour. I will certainly be inspired by these qualities and I know it will be an invigorating experience.

Here is the MTL setlist:

PAN M 360 : Can you please comment on each piece?  What are the specific challenges for the duet and each instrument?

ANGELA PARK: This is a beautiful program that displays the cello and piano in a soulful way. The Kaprálová and Martinu are new works for me, and I am thrilled to discover them. The Kaprálová is a bright and energetic work and I hear the influence of Martinu, who she studied with. I have always loved Martinu and the way his chamber music comes together so uniquely like clockwork. This work also has some amazing melodies and dance-like themes. Rachmaninoff is fiendishly difficult, but so worth it to bring this dramatic, deeply expressive work to life.

PAN M 360: What are your ongoing projects, concerts or recording sessions?

ANGELA PARK: I have upcoming performances and recording projects with violinist Scott St. John and Rachel Mercer featuring the music of Kevin Lau. Other collaborations I am excited about include playing concerts with Sharon Wei, Rivka Golani, Susan Hoeppner, James Campbell. Rachel and I are also a trio with violinist Mayumi Seiler, and I have piano duo projects with Stéphan Sylvestre. Upcoming solo events include recitals across Ontario.

Angela Park received her Master of Music degree from the University of Toronto and her doctorate in piano performance from the University of Montreal. From 2011-2014, Angela was a Visiting Assistant Professor at Indiana University’s Jacobs School of Music, where she taught the woodwind accompaniment course. She has performed in Ottawa, Winnipeg, Toronto. Angela has recorded with cellist Rachel Mercer and the Made In Canada Ensemble, and has recorded various projects for the Enharmonic label in Bloomington, Indiana. In 2021, her album “Mosaic” with the Made In Canada Ensemble won a JUNO Award for Classical Album of the Year. She has won numerous awards and honors including the Grace Welsh International Piano Prize in Chicago, the Canadian National Music Festival, the Honens International Piano Competition and the Maria Canals International Piano Competition in Barcelona.

Principal cellist with the Orchestre symphonique de Montréal since 1999, Brian Manker pursues a diverse musical career as a performer and teacher. In addition to being a frequent performer with the OSM, Mr. Manker is a member of the Juno- and Opus-Award winning New Orford String Quartet. A professor at McGill University’s Schulich School of Music, Mr. Manker also initiated the Beethoven Project and founded the Adorno Quartet in 2007, which aims to perform all of Beethoven’s quartets in their original context: a private salon. In 2010, he recorded the Bach Suites for Solo Cello. Brian Manker plays a cello made by Pietro Guarneri of Venice c. 1728-1730 with a bow made by Joseph René Lafleur c. 1850, courtesy of the Canimex Foundation.