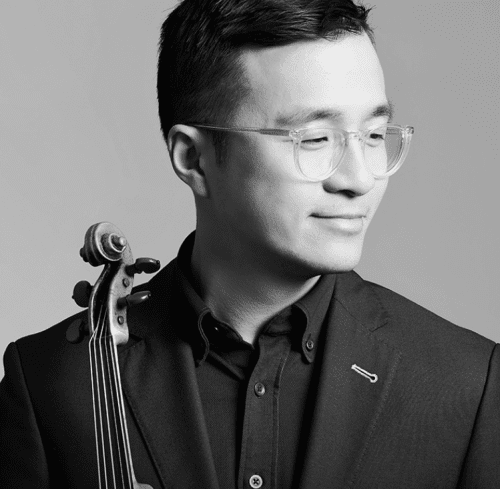 The new season of Pro Musica’s “Cartes blanches” series will be inaugurated by a first concert with the trio composed of Andrew Wan on violin, Brian Manker on cello, and Ilya Poletaev on piano. This concert, which will be recorded on January 23 for online broadcast, offers us a German program with works by Clara Schumann and Felix Mendelssohn.

Clara Schumann, born Clara Wieck (1819-1896) was one of the greatest musicians of the Romantic era. Wife of composer Robert Schumann, she is considered the most outstanding pianist of her time, having considerably influenced the piano repertoire. She was the primary interpreter of her husband’s works and composed over 40 works, including the one performed in this concert.

Felix Mendelssohn (1809-1947), born in Hamburg, was a conductor, pianist, and composer of the early romantic period. He left a very impressive body of work for his short life of 38 years (symphonies, concerti, oratorios, piano music, and chamber music). The trio in D minor op 49 is considered one of his masterpieces.

Andrew Wan was appointed concertmaster of the Orchestre symphonique de Montréal (OSM) in 2008. As a soloist, he has performed throughout the world under such conductors as Vengerov, Petrenko, Labadie, Rizzi, Oundjian, Stern, and DePreist. He has performed with many artists including the Juilliard String Quartet, Repin, Hamelin, Trifonov, Pressler, Widmann, Ax, Ehnes, and Shaham.

Principal cellist with the Montreal Symphony Orchestra since 1999, Brian Manker pursues a diverse musical career as a performer and teacher. In addition to being a frequent performer with the MSO, Mr. Manker is a member of the Juno- and Opus-Award-winning New Orford String Quartet.

A musician with a fiercely inquisitive mind, impeccable technique, and an intensely poetic vision, Ilya Poletaev is equally at home on the modern piano and the historical keyboards: harpsichord, fortepiano, and chamber organ. Hailed as “one of the most important pianists of his generation” by the Süddeutsche Zeitung, he launched his career after winning first prize at the prestigious International Johann Sebastian Bach Competition in Leipzig in 2010 – the only Canadian to have won the competition.

Available online from March 6 to 20. Information and tickets here.