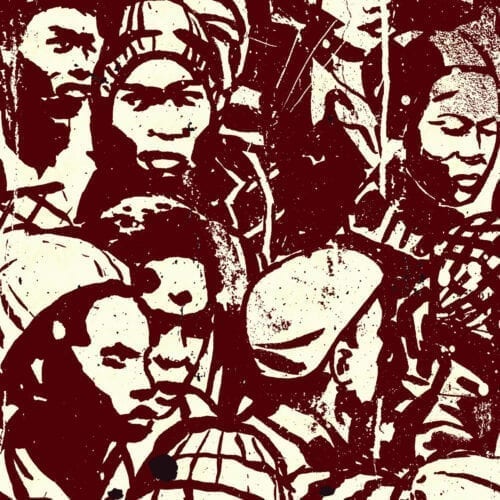 Directed by Mark Pallman, the documentary Universal Beings is based on the title of a major album by percussionist and visionary Makaya McCraven. The camera follows the American musician and his colleagues in Los Angeles, Chicago, London, and New York. McCraven’s biographical elements and explanations of his music lead to a better grasp of the small revolution he is leading on the jazz planet. Needless to say, the form is in dire need of new conceptual leaders, and McCraven is one of them. Universal Beings E&F Sides arrives in the context of this documentary film, a superb complement to the original album and also the material for the film’s soundtrack, providing 14 other reasons to swoon. As was the case in the original album, the Chicago jazzman and his colleagues create formidable miniatures, very short pieces (in the context of jazz) ranging from 1 minute 27 seconds to 4 minutes 36 seconds. Based on spectacular polyrhythmic cells and melodic-harmonic motifs, these new or redesigned compositions perfectly integrate the practices inherent in digital culture. Thus, the instruments involved in this ensemble reproduce the processes of filtering, rewinding, texturing, looping, remixing, and reconstituting musical works, as is the case in hip hop or electro, the difference that these processes are performed in real time by old-world instruments and musicians experienced in jazz practice, integrating improvisation with virtuoso interpretation – drums, double bass, saxophone, keyboards, harp, vibraphone, strings, etc. – and the use of the digital technology. It’s been claimed for some time now that Makaya McCraven is an authentic gamechanger – here’s another opportunity to recognize it.