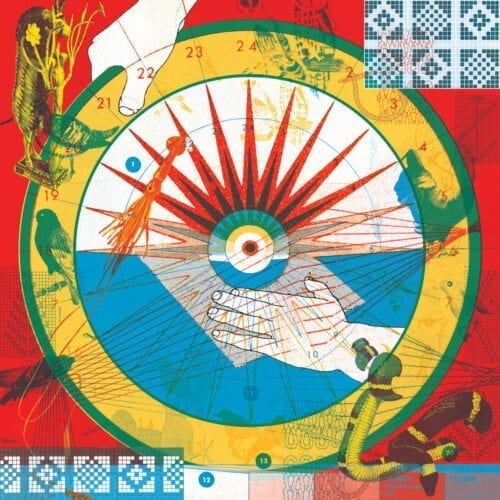 One of the emblematic bands of the Montreal indie rock scene, Plants and Animals, is releasing a fifth album under the respected label Secret City Records. A dozen years have passed since the cult Parc Avenue, which revealed the band’s know-how to music fans. Since then, they’ve delivered a ton of concerts, many of them on international stages, alongside bands that have been spreading the word, such as Portugal. The Man. Following the successful-but-ambitious-and-stuffy Waltzed in From the Rumbling (2016), the trio has taken a different path with The Jungle. Although the signature of Plants and Animals is recognizable, the arrangements are more airy (which is very relative, when talking about this group); the sound isn’t a fit with the familiar work of the group; the ensemble’s also more melodic than the previous offerings. These observations are made from the sympathetic opening track, which has the same title as the album. The “Yeah, yeah, yeah, yeah, yeah, yeah, yeah, yeah, yeah, yeah” may be a bit redundant, but it works pretty well in the end. The structure, linear and conventional, has something refreshing about it. It’s a far cry from some of the quasi-exploratory pieces Plants and Animals has offered in the past. Drums, synth, bass, guitar, and vocals are the main tools used on this good album. It must be said that Plants and Animals rarely offer bad material. Except for The End of That (2012), which may not have been up to the talent of the old friends (Warren Spicer, Matthew Woodley and Nicolas Basque), Plants and Animals’ work is still worth the detour. The Jungle is no exception. Several songs on this album are actually quite enjoyable, including the clever and nostalgic “Love That Boy”, “Sacrifice”, “Get My Mind” (wow), “Bold”, and the timeless “House on Fire”, which mixes Arcade Fire and Talking Heads. The Jungle is sometimes fun, sometimes danceable, often inspired.