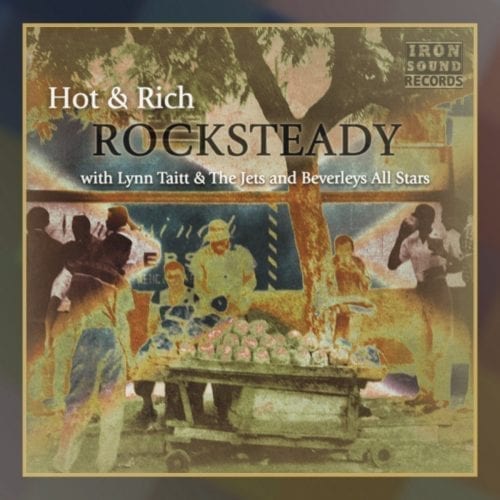 Some records get better with time, and for some of that select set, the improvement is numerically quantifiable. With saxes, clarinets, and harmonica in hand, Bob “Hot Dog” Ormrod and his son Richard – veterans of British traditionalists Skaville Train – took it upon themselves in 2004 to record inventive, engaging, but reverentially old-school horn leads for a batch of delicious Jamaican backing tracks. The rhythms they were working over, which came to them care of the mighty Derrick Morgan, were 1968-vintage Jamaican nuggets by Lynn Taitt & The Jets (listen close, Taitt’s guitar is unmistakeable) and Beverley’s All-Stars (Leslie Kong’s house band, heard behind all the original reggae greats at one point or another). The result was a 10” vinyl with a dozen tracks on it. 2011 saw it re-released, now with 18 tracks, and again in 2014, with the mix beefed up by U.K. engineer and producer Andrew Passey, alias Alien Dread. Passey’s now released it again, as a CD and finally for download, this time with one short of two dozen tracks from what was described as a rather quick, off the cuff session. It’s a long, luxurious listen full of fun stuff, including a wonderfully woozy take on “Guantanamera”. Summer may now be conclusively over, but here’s a slice of it to tide you though the coldest months.