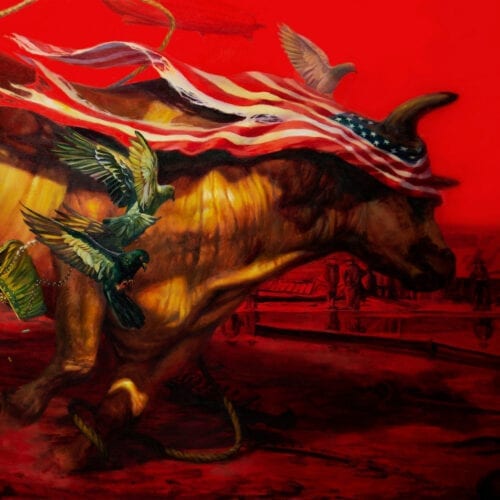 On each new album, Whitby, Ontario-based PTH continue their musical evolution without ever straying too far from the markers set by their debut album Kezia (2005). Palimpsest comes four years after Pacific Myth and according to guitarist Luke Hoskin, it’s their most work-intensive effort to date. The result of the group’s labours can be heard throughout, from the orchestral arrangements by Milen Petzelt-Sorace to the performance by singer Rody Walker. It should be noted that the last portion of the tour for Fortress‘ 10th anniversary in 2018 was cancelled because Walker lost his voice. He regained his vocal ability with the help of a coach and a lot of rehearsal, which surely contributed to the fluidity of his interpretation of the lyrics, written after Trump’s election. He tackles subjects such as racism, violence, and misogyny through the prism of key moments in American history (the Hindenburg disaster on “From the Sky”, the controversy surrounding Mount Rushmore on “Little Snakes”, Amelia Earhart’s exploits on “The Canary”). This makes Palimpsest a satisfying record on all levels.