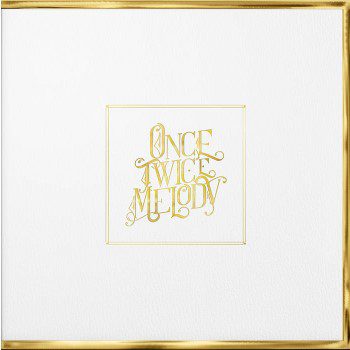 A double album and the first entirely produced by the duo, Once Twice Melody will be released in four chapters of four or five songs, every month until February 2022. The band has also launched animated clips of the lyrics.

When they started in 2004, Beach House established a framework in which to compose: it had to exclude everything that couldn’t be reproduced live. However, they dropped these restrictions when writing 7, released in 2018, which allowed their creativity to explode. And listening to Once Twice Melody: Chapter One, it is clear that this turn has elevated their sound to another level.

Apart from synthesizers, electric guitar, and drum machine, which are at the core of their atmospheric pop, organic elements add warmth to the songs: acoustic guitar, a live string ensemble and live drums played by James Barone (who also played on 7). As for the lyrics, they’re melancholic and speak of inner searching, escape and the psychedelic. The first song “Once Twice Melody” evokes such an experience: suspended above and around the acoustic guitar, we hear LeGrand’s voice alternately embracing space from afar for a retro ’60s effect, then teleporting itself next to us. We are submerged in the experience of the song with its analog synth sounds, its lyrics hinting at magic such as Peter Pan’s Never Never Land, and its beautifully animated video. In contrast, on “Superstar” and “Through Me”, we’re in the presence of a luminous, pastel-hued type of pop: the bass and drums keep a tight rhythm while the electric guitar plays delicate and colourful melodies, and looped, atmospheric synths evoke the trippiness and youthfulness of ’80s pop. Then, as it is reflected in its animated clip, “Pink Funeral” is dark and sensual, with different rhythmic textures building on one another, and lyrics such as“the swell of strings begins to rise” mirror the instruments, such as the string ensemble playing in staccato for dramatic effect. LeGrand’s voice plays opposite to itself in loops, then melts into space, and the keys’ arpeggios twinkle as if they were showers of stars—and we ask ourselves: are we hearing a celesta, or rather a tinker-bell fairy?

Once Twice Melody: Chapter One whets enthusiastic anticipation for the release of the following chapters. They will be released on December 8th, 2021, and on January 19 and February 18, 2022.