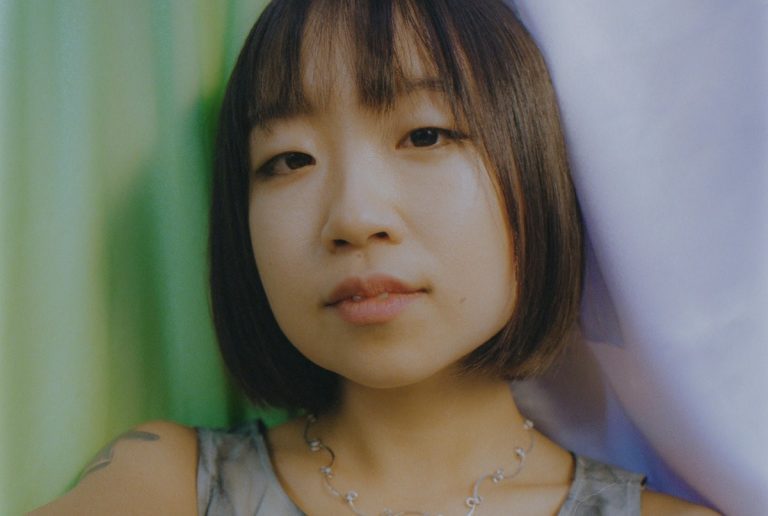 From Kaifeng, in the Chinese province of Henan, Yu Su moved to Vancouver in 2013 to attend university. Already a seasoned pianist before coming to Canada, she became an artist in her own right. Within a few years, the choice to become a music professional was the right one: in addition to being a sought-after DJ on the international circuit, Yu Su has proven to be a superior composer. What’s more, her talents as a musician extend far beyond the realm of electronic references, and she now engages with all the instruments within her reach.

Drawing from a vast repertoire, including what she likes to describe as fourth-world music, Yu Su’s still young work is already formidable. This undeniable talent first earned her tours in Europe and Asia as a DJ. As for the Canadian recognition, it came slowly but surely.

Her referential universe is vast, from downtempo to contemporary through Chinese classical music, her curiosity leading her to explore several top-shelf repertoires, to absorb the best elements and throw them at electro enthusiasts, which naturally led her from Djing to composition and beatmaking. The extent of her work is just beginning to be realized.

This year, Yu Su was selected for the Polaris Prize long list for her album Yellow River Blue, thus expanding her circle of Canadian friends… although she has performed many times from coast to coast and has been accepted into the prestigious Ninja Tune label’s repertoire. True to its mandate of discovery and high quality, MUTEK has invited her in the past. This time, Yu Su is coming to defy expectations: she will perform with a group of instrumentalists that she recently formed.

PAN M 360: We perceive many influences in your music. Can you summarize your musical journey since you’ve gone professional?

Yu Su: First, the integration of Eastern traditional or classical music is not an intention to represent my Chineseness, not a conscious basis in my music. It is more like a game for me, it’s cool to be playful and make electronic music. Where I am from does matter, that makes my music sound like this, it’s in my blood, it comes from the environment I grew up inin  China and what happened after. I also love music of the ’80s and ’90s downtempo and ambient stuff, there is so much to learn and enjoy about this music of the Fourth World, synthesised sounds, percussion, Japanese, polyrhythmic influences from Africa or India on the Western composers, really cool people like Steve Reich, Laurie Anderson, Terry Riley, Jon Hassell, etc. So  in that time, experimental music was evolving so much, using some aspects of other cultures. Now integration of music from everywhere is more playful. Also the whole approach of electronic music and other new music is about creating the other world. I really like that. I don’t care about cultural appropriation considerations in dogmatic terms, my music is my way of criticizing it. What you can find in my music is just me, just trying being playful. Everything we experience can have an impact on the creative process.

Yu Su: Yeah but I’m still learning, I feel that I’m still not very good at the technical aspect of my work, machines, music instruments, everything’s still new. You know, I decided to do it very seriously four or five years ago, so I am still learning. If you listen to my music since my professional beginnings, you can hear how I am getting better, in particular with using machines.

Yu Su: I often use computers, also Wavestation and Hydrasynth keyboards, and I’m actually learning bass guitar. Because now I have a band and the performance I’m preparing for MUTEK is my band. It will be the psych-rock side of me. I will have players on guitar, bass and drums, I will be on keyboard and singing. There will be a bit of my electronic world, because I use plugins from a computer. So half of the stuff is a re-interpretation of some sounds, melodies and changes from my last album that was composed with a computer.

PAN M 360: Would you stay on that path after this first instrumental experience?

Yu Su: Yeah, I think so because you know, I’m actually discovering this world of psych-rock  and music and other forms of pop-rock. I dove into this music pretty recently. You know, I only started to listen to Pink Floyd last year. I also listen to Moon Duo. I listen to a lot of Paul McCartney solo stuff, My Bloody Valentine. I listen to krautrock like Can. So this rock world is really new to me and I’m so interested. You know, I don’t want only to exist in the electronic world, I don’t really care about being really good in one music field. I just wanna be able to make any music I love, and this is why I wanna experience the band. What form or what genre doesn’t matter. On the other hand, I really work hard with the band to have the best live set I could offer. For this one MUTEK show, we’ve been rehearsing for two months. I want a really good band! I want a band that’s really tight, not just a band.

PAN M 360: What were the side effects of the Polaris long list on your career?

Yu Su: Before the Polaris, I wasn’t performing often in Canada.I was working with European or UK labels, I was touring expansively over there as a DJ, also Asia. So in Canada, I felt I wasn’t in the circle. When I was included in the Polaris long list, I was shocked because my music wasn’t well known in Canada. But I am happy that Polaris is including weirder stuff like mine (laughs). Also, I wasn’t a permanent resident until 2020. I had to leave the country every 6 months, I didn’t have a strong legal status, so I didn’t have resources here, no government support. Now it’s different. I think I will live permanently in Canada for a long time.