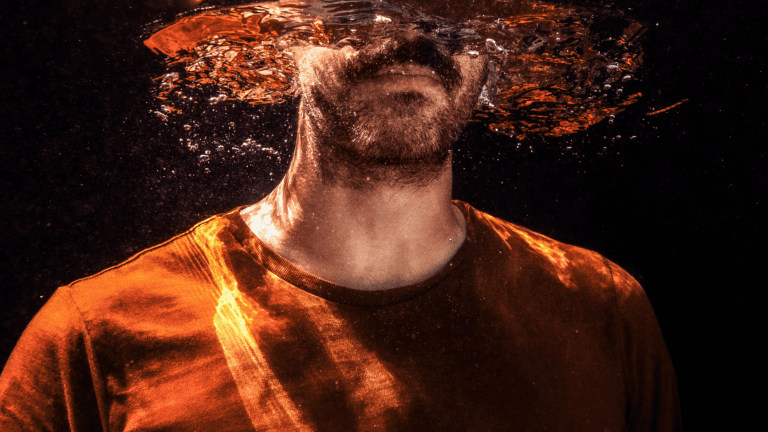 Saycet: It’s not a revolt…

The artist Saycet, whose real name is Pierre Lefeuvre, has created the original soundtrack for the French Netflix series La Révolution, an ambitious project for both Netflix and himself that earned him the privilege of working with a symphony orchestra for the first time. As a composer, musician, and producer, Saycet has been able to evolve thanks to his influences, collaborations, and concerts. Somewhat involuntarily, he’s recently turned to composing music for moving images. This large-scale project has turned out to be a titanic work that’s given birth to 240 minutes of music mixing modern, powerful electronics with adaptations of works by classical composers such as Beethoven, Bach, Lully, and Handel. Saycet reflects on this great premiere, crowning his 15-year career.

PAN M 360: How does one go about composing a soundtrack for a Netflix series?

Saycet: Well, first of all, you do a casting like an actor, with a file that you send in (via an agent). Then we make a demo tape, like the other composers, and then we wait. Then one day, you get a call. But, of course, that’s without mentioning all the upstream work that has been going on for several years for documentaries, films, and advertisements. [NB: the recent soundtrack to the wildlife documentary Le Roi Bâtard, which he composed with Laurent Garnier]

PAN M 360: What were your visual, audio, or other inspirations for composing the soundtrack for such a project, revisiting the history of France?

Saycet: My inspirations were mainly the series itself. I arrived very late in the process, the editing was almost finalised and I was lucky enough to be able to compose directly on final cuts. The showrunner Aurélien Molas [creator, author and producer] had absolute confidence in me. As a result, it was done very instinctively. He had a reference before I met him, it was the soundtrack of the film Sicario, by Jóhann Jóhannsson. So I tried to get the essence of it and take it elsewhere.

PAN M 360: Musically, was the inspiration of artists such as Beethoven, Handel, and Bach, to name but a few, obvious to you?

Saycet: It was mostly a big coincidence. It all started from Handel’s La Sarabande (the version in the film Barry Lyndon) which was in the edit (on another scene). It was at the debriefing that we asked ourselves whether we should leave it as it was, making it a synchro (with a strong tribute to Kubrick), or whether we should remove it and replace it with a score.

The music supervisor for the series [Pierre-Marie Dru] then challenged me to my interpretation of it – something I had never considered. So I did it very instinctively, the producers really liked it, and then I tried to find other songs to interpret that would fit into that universe. Through this process, which was absolutely unthinking and done rather in a hurry, I didn’t have time to ask myself questions about inspiration or what was obvious, to be very honest. If I’d had the time to intellectualise it beforehand, I wouldn’t have done it, for lack of self-confidence.

PAN M 360: How was it to work with a symphony orchestra?

Saycet: It was a big first for me. It was quite impressive, because I don’t speak the language and I haven’t mastered the codes of an orchestra. Everything is in some way opposed to the other, and quite naturally, I was very quickly satisfied. We were able to really communicate, and I was able to let myself go towards more and more personal intentions.

PAN M 360: Will the composition of this soundtrack have an influence on your artistic future, and how would that translate?

Saycet: I don’t know about that! (laughs) I hope so, thanks to Netflix, which has a global reach. La Révolution will have an influence on my future already, by making public my artistic project. I also hope that my work will interest producers or directors from new countries.