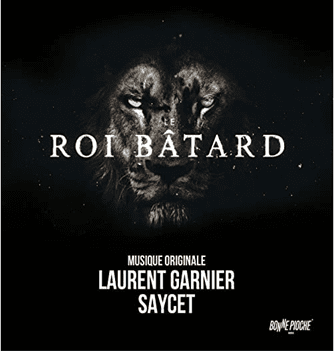 When electronic music meets the seventh art. The greats Laurent Garnier and Saycet have meticulously attached their music to the images of an animal documentary. Roi bâtard recounts the life of a young lion, born of an illicit union between two enemy prides, and will have to bring them together to face a common enemy. Through this marvellous soundtrack, it is easy to imagine the scenario that emerges. The union of the two electronic forces is quite exhilarating and thrilling. A lot of voluptuousness and sweetness of sound at the birth of this future king, and a deep auditory darkness when it comes to killing for food. Lots of contrasts and changes of rhythm in this soundtrack which reflects the life of this king of the savannah. The melodic work of Garnier and Saycet is well researched, on “Huntress” for example. The use of various instruments such as the xylophone attests to this, as does the muffled sound of drums and maracas during a chase with a giraffe. Just as the lion and the savannah are one, the aesthetics of the images of Roi bâtard play a major role in enhancing the soundtrack (and vice versa). The union is a source of strength on earth as it is on record, and for the best.