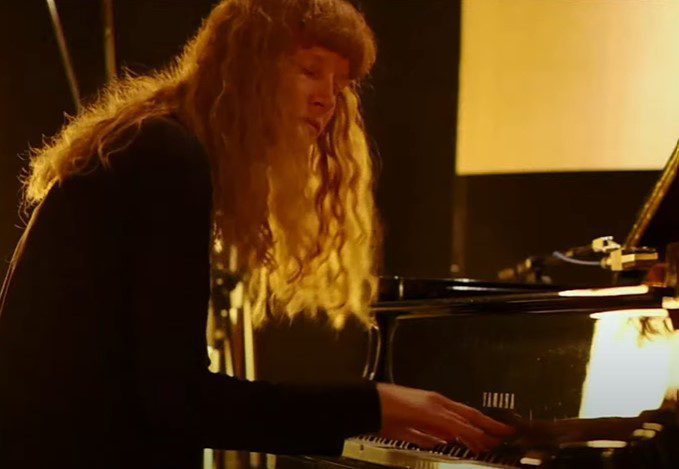 When a little-known or even unknown jazz musician takes the lead of an ensemble made up of seasoned musicians, it is worthwhile to take a first look. That’s why, for the 22nd Off Festival de jazz de Montréal (from September 30 to October 9) , PAN M 360 connected with the excellent pianist Kate Wyatt, who has no album, no Bandcamp page, a few videos online… and yet could be one of the top artists of Montreal, Quebec or even Canadian jazz.

PAN M 360: First, the basics. Where are you from? When did you settle in Montreal? Where were you trained  as a piano player? With whom have you studied?

Kate Wyatt: I come from Victoria, BC originally. By chance I ended up going to a high school that had a Jazz Performance program. At that point, I had already taken piano lessons for seven years, but by the age of 14 was losing interest. However, the teacher of my band program was looking for someone to fill the piano chair in the school’s big band and I agreed to do it.  As it turns out, that’s what sparked my career! Playing in the big band rekindled my love of piano and music, and I became heavily involved in the jazz program. It was a natural extension that after high school, I carried on with my jazz studies at McGill University. There I studied with Andre White and Tilden Webb, a great pianist now living in Vancouver, as well as composition with Joe Sullivan.

PAN M 360: You work in the Montreal scene for a while.

Kate Wyatt: Yes, in fact it’s over 20 years now! I graduated from McGill in 1998 and have been working professionally since then.

PAN M 360: Your approach is close to the acoustic modern or contemporary piano. Can we know a little more about it? What is your pianistic vision?

Kate Wyatt: I’m very much a piano player, as in I’m not really interested in keyboards, or gear, or anything like that.  I love exploring the instrument, and the depths of sounds that can be created.  I try to use the entire instrument, and not limit myself to conventional left-hand voicings with right-hand melodic lines.

PAN M 360: How do you see yourself in your pianistic personality? What is specifically Kate Wyatt music in your piano playing?

Kate Wyatt: Hmm… that’s a difficult question.  I’ve come to believe over the years that all jazz musicians play their personality—you can hear who they are in how they play.  So, perhaps what you would hear in my playing is my fun-loving nature and sense of humour, the importance I put in listening to others, my love of puzzles and problem solving. It is very hard to quantify.

PAN M 360:  It may be a cliché but…. Do you sometimes think about being a female jazz musician in a musical genre where we don’t exactly see parity? Maybe it is not relevant for you, and maybe you do not think about a “female touch” in improvisation music. Or composition. Or performance. Please feel free in answering.

Kate Wyatt: Yeah, I think being a woman in jazz has greatly influenced my career, and quite possibly how I play as well. In my case, I had children when I was in my twenties, before I really had a chance to launch my career as a solo performer. I worked all those years mostly as a side person, accompanying others. Maybe it’s from that experience as an accompanist that I’ve come to place such an importance on listening to and supporting the other musicians I play with. It could also be that as women, we are socialized to take a back seat, and work in supporting roles. I guess it would be impossible to say, really. But overall I have to think that my career would look quite different if I weren’t a woman and a mother.

PAN M 360: Do you relate to specific piano players of the previous generations, or your own generation?

Kate Wyatt: There are so many piano players that I love to listen to, but I’m not sure that you’d necessarily hear them in my playing. There are some jazz musicians who, when you listen to them, you can really pin down their influences. I don’t think it’s as obvious in my playing. I place the most importance on developing my own voice on the instrument.

PAN M 360: Your ensemble is the same musicians as CODE Quartet except for Christine Jensen. Pure coincidence? Of course, the result is quite different because you play a harmonic instrument…

Kate Wyatt: I’ll tell you the story of how my quartet came about.  It actually has a lot to do with the pandemic. Back in March 2020, it was right around the time when everything first shut down. Lex had a gig booked at Upstairs with Jim, Adrian and another piano player.  People were all starting to get very nervous about this new virus, and the piano player decided that he wasn’t comfortable performing in a packed club, so Lex ended up calling me to sub in. It was the first time that we had played in this formation, with these band members, and the chemistry was fantastic. We had an amazing night!

So, following that, during the next period of lockdowns and various restrictions, the four of us got together to play as much as possible. We played in backyards, and later in our houses, when it was allowed. Because there were no gigs and limited teaching, we suddenly had as much time as we wanted to play and explore music. It was very freeing! I feel like we really developed a group sound.

So, I guess to summarize, it’s not like I set about hiring the musicians from CODE Quartet, minus Christine. We came together in a much more organic way, simply from the love of playing together. They are the obvious choice of who I want to have playing my music.

PAN M 360:  You founded a jazz family with bassist Adrian Vedady. Jazz parents with kids, ideal mutual comprehension…  It seems to be the perfect deal! Isn’t it?

Kate Wyatt: I have to say, that it’s pretty great!  We love playing together, and have so much in common. All of our shared life experiences probably strengthen our musical connection as well.

PAN M 360: Are you also involved in other musical genres?

Kate Wyatt: I’ve played some other stuff in the past, but at this point I really just focus on jazz.

PAN M 360: Are you also teaching? What are you actually studying?

Kate Wyatt: Yes, I do a lot of teaching! I work at Marianopolis College, and I have many private students. In the summer I teach at a couple of different jazz camps.

PAN M 360: What are your next projects? Hope we hear to a lot more of your  own music!

Kate Wyatt: Thanks! I actually received a Canada Council grant to write and record a new album of my music with the quartet. We recorded in July at Boutique de Son with George Doxas, and are in the process of mixing and mastering, and finishing the artwork and all of that. I plan on releasing it in the spring. It will be called Artifact.

As part of the Off Festival de jazz de Montréal, the Kate Wyatt Quartet is playing at Upstairs on Sunday, October 3