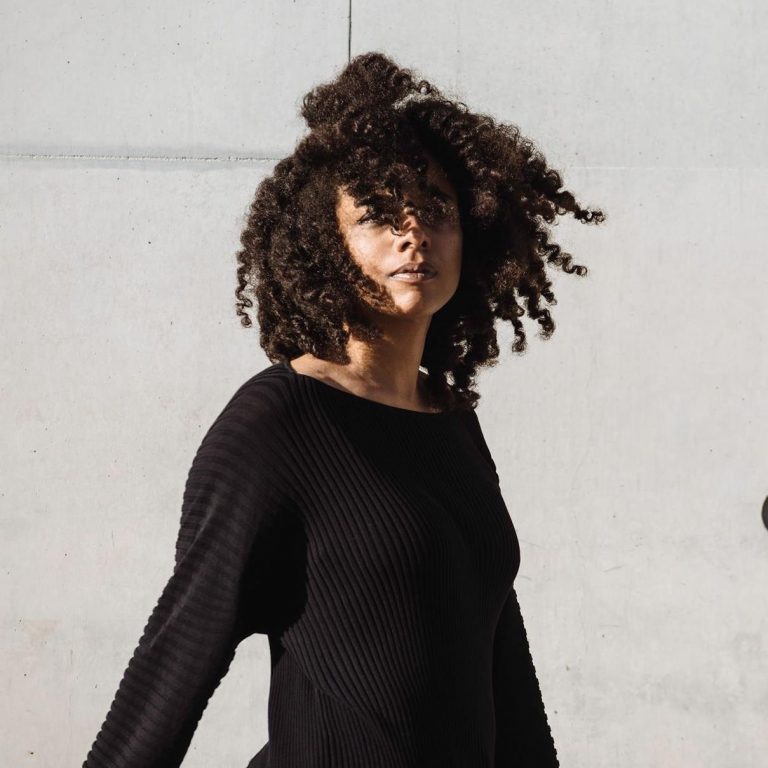 Akousma: Jessica Ekomane, from history of art to experimental music, from France to Berlin

After a first degree in art history obtained in France, Jessica Ekomane decided to take advantage of a university exchange program to discover Berlin and undertake a course in sound studies. Still living in the German capital, she has found her place and her mode of expression: experimental music. After having experimented with sound installation, it was during her first concert in a Berlin bar that her interest in the form was confirmed. Invited to Montreal by AKOUSMA, the composer will present Manifold, a piece commissioned by INA-GRM, written for the acousmonium (orchestra of speakers).

PAN M 360: Please introduce us to “Manifold”, the piece you will perform at Akousma

Jessica Ekomane: I always have a hard time talking about this piece because I feel like it brings together a lot of things I’ve been working on over the last few years, including developing melodies, polyphony and rhythm, all at the same time. I also use a lot of “tuning”, tuning that is not the European piano tuning, well equal temperament as we know it. I use a “heptatonic” tuning that comes from Malawi. It is a family of tuning that is found in different countries and also in the diasporas. I try to go in this direction, to break a little bit of this very reduced choice of notes with which we have been making music for a very long time. Moreover, as I use Max/MSP (editor’s note: musical software of sound synthesis), I am really in the field of the frequencies. It’s not notes so it doesn’t really make sense to limit myself to those few frequencies.

PAN M 360: You played a DJ set for the 31st anniversary of the legendary club Trésor in Berlin,

Jessica Ekomane: So when I do DJ sets, I don’t play music to make people dance, it’s more experimental stuff. It’s true that it changes me from what I usually do, it’s a much lighter side and it also allows me to share the music I like, to listen with others. We listen together. I like to make mixes because it’s an opportunity to put forward artists who are less known. I don’t intend to make a career out of it, I rarely do it because I really want to keep this fresh side, not too professionalized.

PAN M 360: What are the elements that had an impact on you you when you discovered the Berlin experimental music scene?

Jessica Ekomane: What’s interesting about this city and what I discovered when I moved here is the openness, compared to, for example, some French institutions that seem very closed and elitist. In Berlin, there are spaces to start with where people are just interested and rather encouraging, even if they give criticism or feedback. Except for the fact that it was a lot of white men, it was always experimental music. If people see that you’re doing something, they’re willing to give you an opportunity. That’s how I got my first gig at Madame Claude’s bar, which hosts both known and unknown experimental music artists.

PAN M 360: How do you perceive the place of women in the experimental scene in Berlin?

Jessica Ekomane: It has improved a lot in the last few years. I’m also in dialogue with women from the previous generation who tell me that they used to be alone and they really see the evolution, not only on the level of musicians, on the level of sound engineers for example. It’s possible to have women or non-binary people as sound engineers. Of course there is a lot of progress to be made, but when I leave Berlin or come back from other places, I realize how far ahead it is. Maybe it’s also because I’ve created a bubble for myself, an environment where I don’t have to deal with it as much, because it’s a lot to bear sometimes. I hope that progress will continue because historically speaking, we are at a time when there are many questions about identities that can also create friction or a reverse effect with people who want to go against that.

PAN M 360: Are there any female composers, singers, who inspire you by their background or their music?

Jessica Ekomane: I really like Éliane Radigue, I really like Mariana Maché. Recently, I’m starting to listen to Mary Lou Williams more too, she’s an Afro-American composer and pianist who comes  from jazz, she did some great vocal compositions, Nina Simone too. I also listen to a lot of music that is not necessarily gendered, for example the music of the pygmies who are between the Congo and Cameroon. That’s where I learned the most about how to think about polyphony.