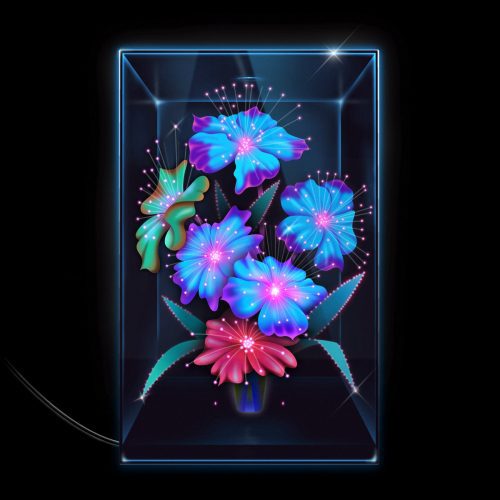 A 2016 discovery was the album Black Terry Cat, on the Black Music Group label. In 2017, Xenia Rubinos performed at the Montreal International Jazz Festival. Since then, not much news about the singer, beatmaker, composer and performer. Speaking Spanish and English, the American artist arrives at a potent mix of genres, at the crossroads of synthwave, avant-pop, soul/R&B, hip-hop, jazz, rumba and bolero, all coated with an experimental touch that spills over into no less than 14 songs and pieces. Una Rosa, her second studio album just released by Anti-, offers a furiously exploded repertoire! She doesn’t always manage to put her vast musical culture into a single channel, and she can certainly be confusing… but she remains one of the most interesting artists of the transcultural avant-pop scene on the North American continent. Her atypical arrangements and emotionally charged voice make her an exceptional artist whose success cannot be predicted given the formal singularity of her proposal. Here, in any case, we like it a lot!