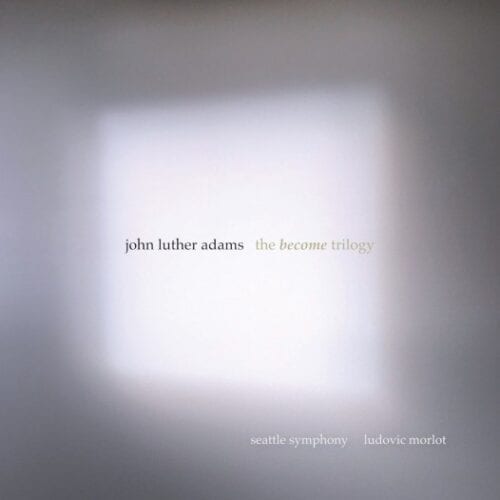 A superb idea, bringing together, in a box set, the orchestral trilogy by the American composer John Luther Adams, inspired through his observations of nature. Become Ocean is certainly the best known, having won the 2014 Pulitzer Prize for music and the Grammy for best contemporary classical composition. It was while he was beginning work on this commission from the Seattle Symphony that he was invited to create a kind of reduction for chamber orchestra, which led to what became the beginning of the trilogy, Become River, which the Saint Paul Chamber Orchestra premiered in 2014. The work is recorded here for the first time by the Seattle Symphony, under Ludovic Morlot.

The sonic results Adams achieves demonstrate a magnificent mastery of orchestral colour and dynamics. His works are long drones in constant development, turning in on themselves for a lull before exploding again. This is particularly successful in Ocean, as the music moves from the tenuous to the telluric several times over the 42 minutes of this long movement that seems to move with the tides. The orchestra is separated into three subsets “as far apart as possible” (well, that’s topical!), and the spatial immensity of the music is brilliantly captured by the recording. The experience must, of course, be even more satisfying in concert, especially in the case of Become Desert, where the orchestra, augmented by a choir of about 30 voices, is separated into five subsets placed around the audience, each playing at its own tempo. It’s the light of the desert that we hear first in this sonic landscape that takes all the time it needs to build itself up, then it’s the space that sounds and transforms itself into immensity before slowly fading away (the work also lasts 40 minutes). As the title suggests, it’s the listener who “becomes”, river, ocean or desert.

John Luther Adams has an extensive catalogue of works, and he’s another of the numerous American composers we’d be only too happy to hear in our concert halls from time to time. Until this becomes an attainable dream, these three discs of music are an excellent substitute.