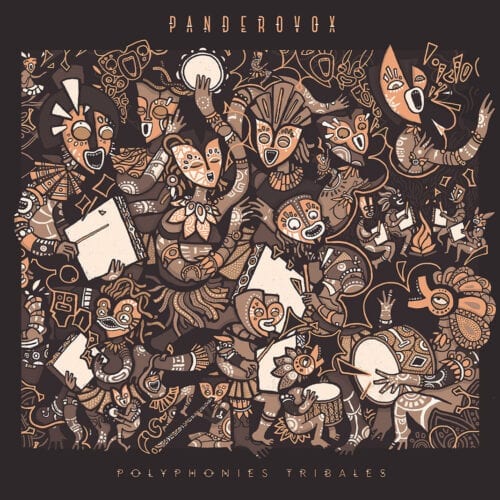 Generally associated with points east of the Danube, the practice of polyphonic song has a history in Europe’s western end as well. That‘s revealed over the course of this rapid tour of the tradition’s different threads, touching down in Russia, Ukraine, and Georgia, as well as Spain and Occitania. The French part of the latter region is home to Panderovox, a choir comparable to a small army… well, perhaps a platoon – un peloton, si vous préférez – of forty or so singers and drummers, under the command of the lieutenant Greg Duveau. Following an incongruous welcome with a didgeridoo, Duveau and his drum-driven choral rabble perform examples of five national variants of polyphonic folk song. Unsurprisingly, the songs from east can be a bit grim (from the Georgian “Bindisperia sopeli”: “Everyone will be enjoying themselves, and I’ll be lying in my grave / I wish my house not to be destroyed, and my wife not to get married again.”). The Spanish and Occitanian numbers, on the other hand, are upbeat and festive. As Duveau’s choir is mostly an amateur affair, the singers never achieve the sublime heights of Le Mystère des Voix Bulgares (the women’s choir that made polyphony popular), nor the startling inventiveness of avant-garde contemporaries like Kiev quartet DakhaBrakha. The sense of collective enthusiasm is strong, though, making Polyphonies Tribales gratifying as well as edifying.