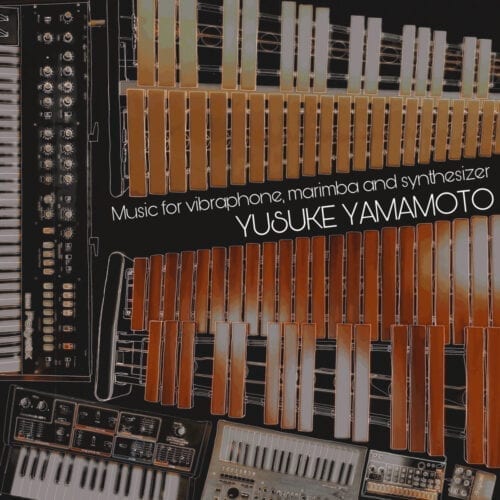 We recently reviewed Autogenesis, the debut album of funky academia from New York City’s N to the Power, and noted in particular the elevating mallet work on vibraphonist Yusuke Yamamoto. Only a couple of weeks have passed since its release, and now here’s a rewarding solo collection from Yamamoto, whose resume also includes the solo gamelan project channel U and the jazz-oriented Golden Monkeys. This one’s under his own name, and similarly self-evident in its title.

Over 14 tracks, only one of which exceeds the five-minute mark, Yamamoto explores a variety of configurations by which to combine the instruments of the title, astutely interlacing their patterns to generate something “trippy, weird, and gentle”, in his own words. Echoes of German kosmische tendencies, new-age affirmation, and the mesmerizing mathematics of American minimalism inform these pieces, as do Yamamoto’s Asian inspirations, hinted at on “Woody Harp” for instance. There are a lot of delirious and dissonant sounds worked in here, but nothing that truly disturbs or derails. Yamamoto seems constitutionally incapable of crafting music that fails to soothe, please, and gratify.