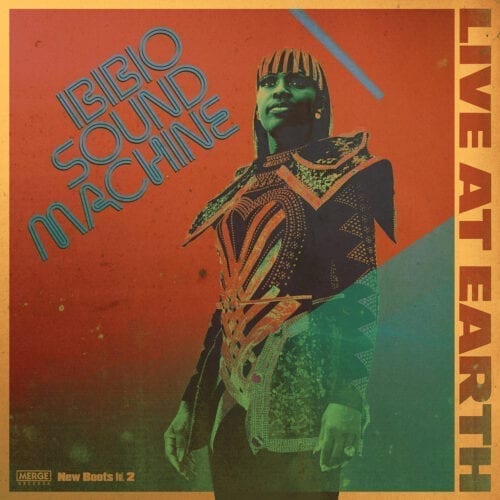 “I need you to be sweet like sugar,” sings ISM frontwoman Eno Williams on the first track of Live at Earth, and her band’s high-tech, cosmopolitan revision of end-of-century West African pop has certainly always been sweet enough. But it’s worth noting that sugar comes in two states, refined… and raw. The studio records of the band fit the former description, but thus live album hews firmly to the latter, arriving with a forceful rock ’n’ soul impact. Guitarist Alfred Kari Bannerman, once of veteran Ghanaian Afro-rock band Osibisa, steps to the fore in this respect, adding substantial muscle to tracks like the amazing “The Chant (Iquo Isang)”, off 2017’s Uyai. Recorded last fall at the London unit’s biggest hometown show to date, the intense energy circulating between ISM and their crowd is unmistakable. It would have been nice if their distinctive post-punk number “Joy (Idaresit)”, also off Uyai, had made the set-list cut here – the material is mostly off last year’s Doko Mien – but this is nonetheless a striking and satisfying new side to a proven provider of great sounds.