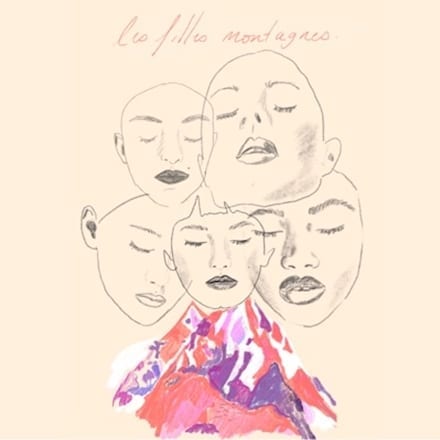 Viviane Audet, actress, musician and composer, did not expect to be touched so deeply. It was while preparing to write the soundtrack for Polytechnique: ce qu’il reste du 6 décembre, a documentary by Judith Plamondon, that Audet felt overwhelmed by the tragedy that she was familiar with, of course, but from afar, like so many others her age, more than 30 years after the fact. So strong, for her, was this encounter with the ghosts of a past that had become symbolic, that she went further, because she had to, i.e. the realization of Les filles montagnes, an autonomous album inspired by the tragedy and her own creative, almost cathartic reactions to it.

It’s quite simple: Viviane is alone at the piano, or here and there on her old Wurlitzer 140B. The piano is emotional, but very discreet. The Wurlitzer, for its part, is like “time suspended after the shock”, because of its nocturnal qualities. “Nostalgic with its deep tones and nervous tremolo,” as Audet describes it in the kind description she emailed me.

Les filles montagnes is a chiaroscuro opus. The narrative has something of a chronological nature and evolves from drama to hope, from darkness to light. But, beware! Everything is of an extrafine subtlety, like the almost invisible threads woven into a spider’s seemingly fragile web.

“I wanted light to be found in it as well, because one of the things that remains for me after my incursion into this drama… is all the light and beauty that those 14 girls left behind,” Audet says.

More than anything else, I like Viviane’s approach: melodies that are so economical that you sometimes have the impression of fragments. Snippets of memories perhaps, echoes of past spectres? It’s more than plausible. The composer immersed herself in the collected testimonies of the witnesses and actors of the drama. She obviously heard their voices, soft, soothed, not at all shrill or vengeful, feeling, I imagine, loved and cherished, respected.

Audet avoids certain clichés of current “neoclassicism”, i.e. Philip Glass-style arpeggios and Einaudi-style amplitude. For her, everything is modest. It reminds me of Arvo Pärt’s music (Für Alina or Spiegel im Spiegel, for example), or of an aesthetic à la Webern, but entirely tonal. I would say that it’s too short, unfortunately, but in the end, it is probably in the image of this homage, all in restraint and beauty of a rare sobriety.