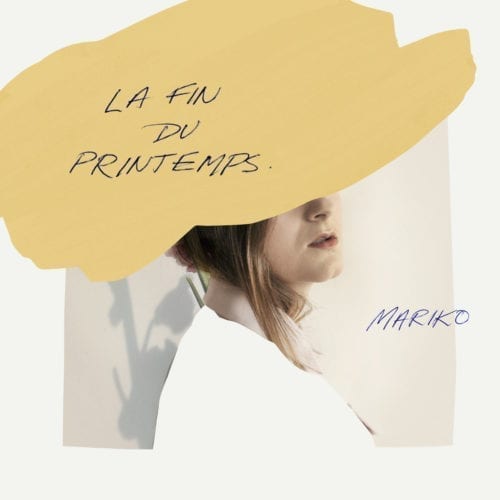 Newcomer on the music scene, Mariko, that’s her real name, presented her first indie-folk EP last month. The four tracks proposed by this strong yet fragile personality revolve around the theme of love.

From her first dizzy spell with “Doux”, inspired by The Little Prince, to “Le beau de nous”, which nostalgically tackles the breakup theme (a nod to Fleetwood Mac’s “Dreams”), to the title track which tells the story of her grandparents, the 28-year-old has things to say. Even to herself, as in “Veille sur moi”, where she talks to little Mariko, 20 years earlier.

From a lyrical perspective, although some of the tics of adolescence are still evident, not to mention pleonasms (but nevertheless) or errors in the booklet (egos), the (music) teacher for kids is an accomplished musician who sometimes reminds us of Marie-Pierre Arthur, on the musical side.

Thus, in addition to a particularly rich, high and very ample voice, she offers songs that exude a certain sophistication, sometimes with Tom-Waitsian accents.

It remains to be seen whether this professional chorister, along with Renee Wilkin and Antoine Lachance in particular, will manage to impose her own artistic personality and stand out from the new cohort of young female singers.

Other singers before her have tried to do so without really succeeding. However, with this first business card, things are looking up rather good on this side. To be continued.