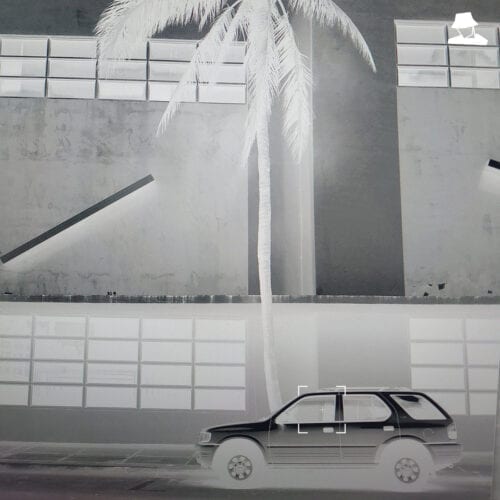 Actress, whose real name is Darren Jordan Cunningham, is a British artist in the electronic scene, whose productions navigate between an ethereal strain of electronica, and another whose BPMs accelerate towards harder techno, but always with a certain delicacy, and succeed in bewitching the listener from beginning to end. The work behind each track is so polished, so precious, that it could be summed up with the old saying, perfect is the enemy of good. This is proven by the many tracks on this new album, Karma & Desire.

As on his previous albums AZD, LAEGEOS and 88, with Karma & Desire, Actress still doesn’t follow trends, and does what he wants, drawing the listener into a recital with cushioned atmosphere (“XRAY” testifies to this). The voices of Zsela and Sampha humanize  his long ambient layers a little bit, through which no more than two or three different tones constitute a good part of the album. The melodies are meticulously developed and each piano note, as on “VVY”, has its importance. Everything is well thought out and judiciously dosed, full of softness, lightness, and finesse. It’s when Actress is joined by Aura T-09 and Christel Well that the album takes on another dimension, flirting with much harder techno, even acid sounds on the tracks “Loveless”, “Loose” and “Turin”. Karma & Desire is a jewel of a musical delicacy to which only Actress holds the secret.