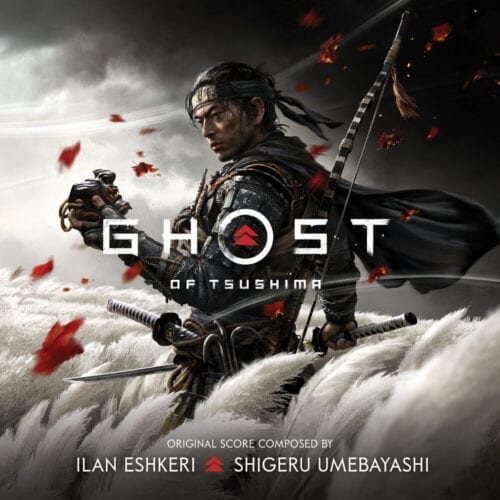 Epic, exotic, magnificent and above all, deeply inspiring. These are just some of the emotions and states of mind afforded by the soundtrack to Ghost of Tsushima, the most popular PS4 game on the gaming planet right now. The music is by two composers, the U.K.’s Ilan Eshkeri (currently working on the third installment of David Attenborough’s Planet Earth series) and Japan’s Shigeru Umebayashi. The scenario brings to life the medieval Japan of the samurai.

Here is a fascinating interview with two scholars of medieval Japan about the historical reality behind Ghost of Tsushima.

A large symphony orchestra (heroic brass and sumptuous strings) is accompanied – it was almost inevitable – by traditional Japanese instruments. In this panoramic landscape created by a romantic and richly melodic philharmonic, the mysterious shakuhachi (a traditional flute), the delicate koto (with soft plucked strings), the robust taikos (huge drums), and even the songs of a choir of men who look like Sohei monks, invoking the spirit of war, help to teleport the listener (and especially the player!) into another world that is both timeless and very distinctive in its characteristics.

There is even a biwa (traditional short-necked lute) that it seems samurai used to master. Being only an occasional gamer, I can’t attest to the precise impact of the link between the music and game scenes (I’m not enough of a controller virtuoso to get far in just a few days of testing). But what little I’ve witnessed leaves a very strong impression. The music allows this opus from the studio Sucker Punch to get under your skin like few others!

No doubt about it, the music of Ghost of Tsushima promises to become a cult soundtrack for avid gamers, and a renewed pleasure for any enthusiast of large-scale romantic film music.