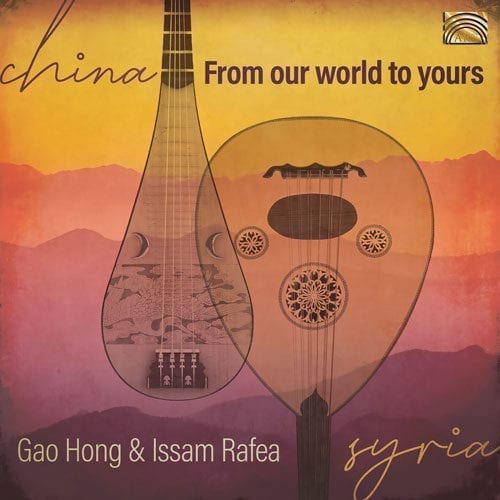 This pairing of pluckers of pear-shaped instruments arrives with admirable bona fides. Composer and oud player Issam Rafea was the principal conductor of the now-defunct Syrian National Orchestra (yes, the one on the Gorillaz track “White Flag”). A professional pipa player since the age of 12, after training with a top master in Beijing, Gao Hong (now based in Minnesota) has garnered awards, accolades, and academic honours ever since.

Both are voracious collaborators, so it’s not entirely surprising that once their paths crossed, they’d conspire to explore the commonalities and contrasts of their instruments, each a relative of the lute. Their first record together, Life As Is, came out in 2018, and now their second appears.

The initial impression is of a polite Sino-Syrian diplomatic exchange, and the title track, opening the album, doesn’t dispel the notion. Neither do “Moving Forward” or “Joyful Dance”. Elsewhere, however, the conversations between the two – entirely improvised and informed by free association – seem to occur in third-party territory (there’s something rather Renaissance about “Reunion”) or even on some other world entirely (consider the mimicry of Martian mechanisms on “Outer Space” and “Robot”).

At the very least, the duo’s discussions are often in a language all their own, spacious, expressive, and convincing. The nice, dry, open sound of the live recording allows an excellent appreciation of the dynamics, timbres, and particularly the percussive possibilities that Hong and Rafea enthusiastically exploit.