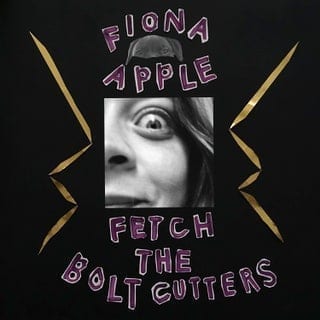 Balanced people are boring, this is the best rejoinder that the psychologically wounded can throw at so-called normal people. As best they can, they tinker with a parallel world to survive what they are constantly feeling in the real world. This, one can at least imagine, is the journey of Fiona Apple, a clear case of existential imbalance – and of great mastery acquired in the art of songwriting. Deep feelings are thus remodelled, picked at, polished, transmuted into objects of beauty. The howls of love, desire, loss, interpersonal conflict, intimate solidarity, rage for life, and flight from the feminine are all themes addressed over 13 exceptional songs. The music was composed on the piano, around which Fiona Apple juxtaposed a superb muddle of percussion, double bass, guitar and more. A torrent of organized noise bubbles amid this acoustic instrumentation, mostly recorded in her environment, rarely synthetic. At once shaggy and coherent, often resulting from free improvisation sessions, the performer’s vocal ornaments prove to be bold, deeply contemporary, highly imaginative, uninhibited, graceful and devastating. Over the last quarter-century, Apple hasn’t had much to say, and likely couldn’t have said much more, life being too thankless for her to maintain the intensity necessary for creative productivity. Fortunately for her fans and the Anglo-American music world in general, she returned to the studio, chiselling a string of precious gems and then throwing it in our faces. Eight years after The Idler Wheel…, an album with an interminable title that we’ve given up writing in its entirety, this is the fifth illustration of her potential, with all the knots of her soul on display. As its title indicates, Fetch the Bolt Cutters breaks the chains that bind.