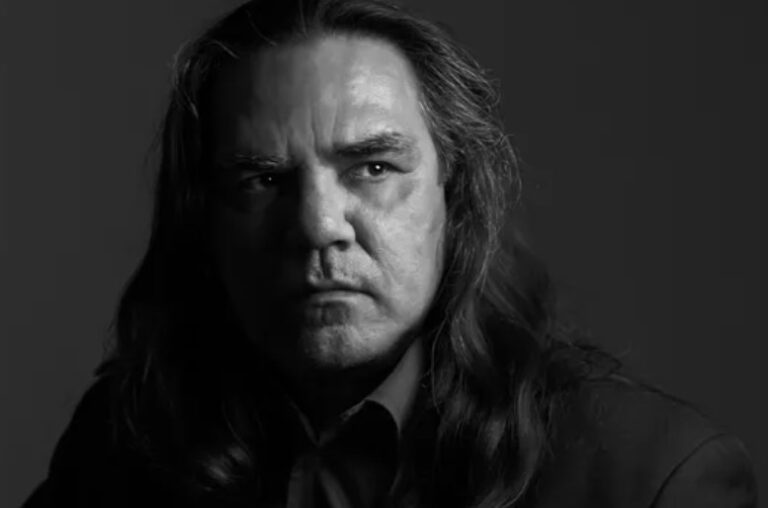 Resurgence of Mack MacKenzie, his folk rock and Mi’kmaq roots

Mack MacKenzie was known to have Mi’kmaq roots when he was an emerging artist… four decades earlier. However, his Aboriginal identity was not then a crucial vehicle for his expression, the singer, musician and lyricist was then the frontman of the Anglo-Montreal band Three O’Clock Train, then in the country-folk-rock-americana stream of that time, from Kris Kristofferson to John Mellencamp. As the decades passed, Three O’Clock Train fell off the Montreal radar, while Mack MacKenzie continued on his way. In this period of cultural renaissance for Canada’s indigenous peoples, our intervirue is making a comeback in the public space, starting with the Présence autochtone Montreal Festival where he will perform three times, including this Monday at Quai des Brumes and Thursday at Place Émilie-Gamelin.

PAN M 360 : Hello Mack! I think the last time I talked with you was like 3 decades ago. So you’re still around!

MACK MACKENZIE : Yeah! So how have you been ?

MACK MACKENZIE :  I’m good too ! Well, after releasing a solo record in the 90’s, I started working for the Cirque du Soleil for 10 years.

MACK MACKENZIE : I started as a musician and then I switched to administration, as a tour coordinator. And then, when I finished around 2000,  I pulled my licenses from for all the releases of Three O’Clock Train and my solo recordings, and remastered them all. Then I started my own label when the Internet  destroyed the music industry. So it was more of a do it yourself world, of course, which I was already used to. So I did a new album, “Ride for Glory” And then I started touring again, which I’m still doing now. Also Three O’Clock Train released an album called “Moon” in 2013.

PAN M 360 :  Are you touring through the First Nations circuit?

MACK MACKENZIE : Not really. I’m in the indie rock/ punk rock  circuit which embraced me since the beginning of my career. So I was sill touring through that circuit when I came back after the Cirque, until the pandemic started. In 2020, I ended up canceling  more than 80 show, it’s been tough until recently.  But I’ve done some recording and writing. So I’m recording a new album with Howard Bilerman.

MACK MACKENZIE : Yeah, he’s a lot. He’s a great friend and we have a great time working together. After those shows at Presence Autochtone, I’m going back to finish the whole album.

PAN M 360 : How exactly Howard Bilerman is involved in the production aspect?

MACK MACKENZIE :  It’s pretty much coproduction, I’m also doing production and mixing.  We record with guitars, bass and drums. We work with experienced musicians, some played with great bands as Smashing Pumpkins.

MACK MACKENZIE : Yeah, we have a few more projects, we have another one on the horizon for early next year as well. Howard had a crazy idea : a Museum in Calgary bought the Rolling Stones mobile studio a few years back, and instead of upgrading it, they restored it with the 1968 gear. So we want to use it!

PAN M 360 : Great idea ! So are you going to release your next album on your own label ?

MACK MACKENZIE : We’re talking to some other labels for licence deals. But I can always release it on my own.

PAN M 360 : Fine. So you’re going to release that this year or at the beginning of next year?

MACK MACKENZIE : That’s a good question. You know, it’s always a matter of timing… And I don’t want to release it when we’re going to hit the road. I’m thinking it’s going to be toward the end of this  year. So I got to keep things on schedule!

MACK MACKENZIE :  I never left since I came in the 70’s. Before that time, I’ve never seen buses, subways and high rises. I didn’t know hockey either!  I used to live in Milton park then I got married and we bought a house in Ahuntsic. Montreal is my adopted hometown. Yeah I love it here. I love the people, I love Quebec. I toured almost everywhere and Montreal is still my favorite city.

PAN M 360 : You have a Mi’kmaq background if I remember

MACK MACKENZIE :  Correct. I grew up on a chicken farm in the area of Lewiston, Maine.

PAN M 360 :  Was your family close to the  Mi’kmaq community at that time?

MACK MACKENZIE : Not at all. My parents weren’t, I was the only Mi’kmaq on the farm haha!

PAN M 360 :  So you are the first in your  the family to relate to the First Nations.

PAN M 360 :  You you must be very happy about all this renaissance of aboriginal culture through music.

MACK MACKENZIE : Yeah, it’s very encouraging for a lot of younger musicians, for sure. And it’s nice for me coming into it. It’s nice to have a voice.