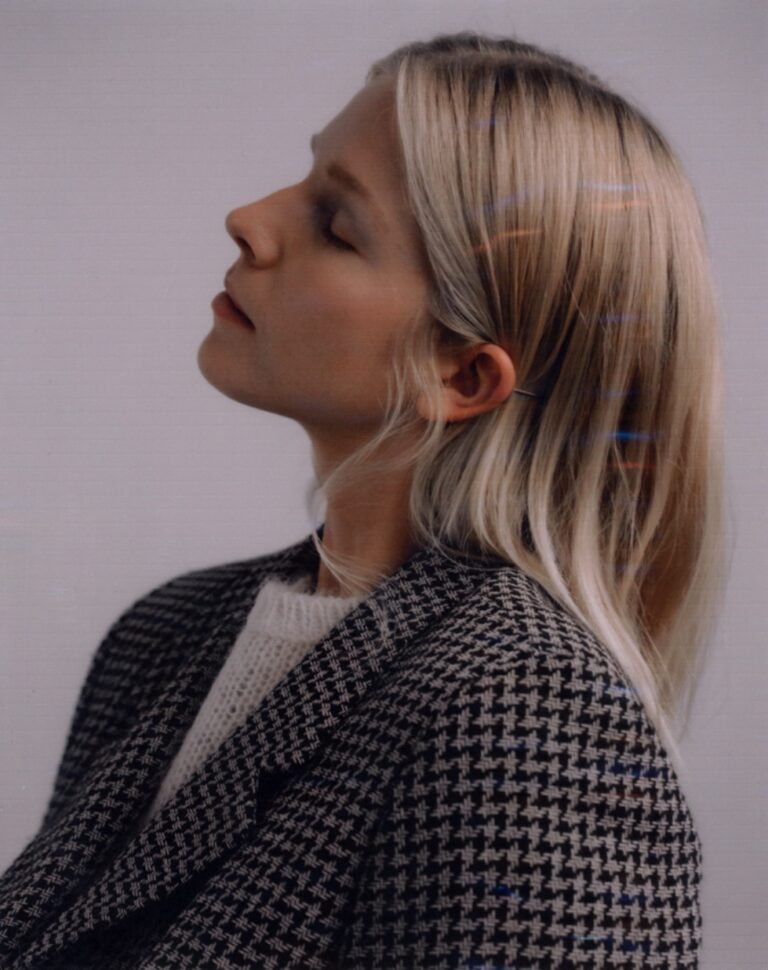 Shaina Hayes is a newer name in the folk-country music realm, but she has a sound that incorporates some of the best aspects of the genre in the last few decades. Her debut album, To Coax a Waltz, is a bit Dolly Parton, Julie Doiron, and Joni Mitchell. Her lyrics offer a new perspective on the wild world of love while using a quaint country backdrop as cathartic inspiration. We spoke with Shaina Hayes from her country home in Shigawake, QC, to learn about her musical upbringing, farming practices, and dividing her farm work from a burgeoning music career.

PAN M 360: Hey Shaina. Our readers don’t know too much about you. Could you tell us a bit about your musical history, background, and how you got into music?

Shaina Hayes: I grew up in a tiny town on the Gaspé coast, called Shigawake, where I didn’t really have access to any kind of formal musical training, but my family always loved music. It was rare that the guitars wouldn’t make an appearance around the dinner table when folks came over. It was actually my family (along with others in the community) that brought to life the first Shigawake Music Festival, an event that still takes place every August.

I moved away from the region after highschool to study jazz voice at Vanier College in Montreal.  After that, I had spent a few years performing in various groups, but academia and the competitiveness of the music scene ultimately left me confused and insecure about how to proceed with my music career.  It was at that point that I turned away from music and towards farming.  I hoped that the detailed planning, manual labor, and straightforwardness of farming would be a gratifying new, non-creative venture. So in truth, leading up to the making of this album, I hadn’t been actively making music for nearly 7 years.  During that time, I had indeed fallen in love with farming, but also came to realize that my deepest drive to farm is in fact an artistic one: a life where you get to craft a bustling Eden that produces veggies of all shapes, colors and flavours is undeniably one of creativity. As my growing seasons wound down and I tucked in the farm for the winter, I slowly found myself drawn back to writing music, because I now recognize my desire and believe in my ability to be creating beautiful things all the time. So in short, it was my love for farming that brought me back to music and stimulated the creation of ‘to coax a waltz’.

PAN M 360: So the village of Shigawake inspiring for your music?

Shaina Hayes: Yes, definitely.  It is an incredibly beautiful place – think towering red cliffs overlooking the ocean, and rolling agricultural fields.  Even when I’m not drawing direct inspiration from it, I like to think that Shigawake holds the place as my primary reference for what I find beautiful.  And in that sense, it will forever inspire and inform my creative decisions.

PAN M 360: Is there a central theme to To Coax A Waltz? I definitely got a sense of nostalgia throughout many of the tracks?

Shaina Hayes: The title to coax a waltz is taken from the song “Honey Friend.”  “Honey Friend” was the first track recorded on the album and is perhaps its gooiest love song.  The title is from the line, “My stern heart beating a dutiful cue is learning to coax a waltz from all that I do”.  The line is meant to allude to the way that romantic love can spread and make you want to fall in love with everything you do.  Writing these songs and creating this album was an exercise in learning to fall in love with every emotion, step and moment along the way – learning to “coax a waltz”.  This, for me, was the central theme of the album, but grief, feminism and indeed, nostalgia do make several appearances as well.

PAN M 360: It’s nice to hear Thanya Iyer on this album. Has she kind of been a collaborator with you for quite some time?

Shaina Hayes: Yes, Thanya Iyer is one of my dearest friends.  She and I have been making music together since we were 17, and continue to collaborate on each other’s projects. I owe much of my sound and confidence as an artist to her influence.  She is as talented as she is kind.

PAN M 360: You’re also a full-time farmer and horticulturist (seasonal I suppose?) How do you balance that with transitioning into making music full-time?

Shaina Hayes: Yes, as I touched on before, I grow vegetables for my CSA basket program.  This means that during the winter I find myself with a fair amount of free time and energy to dedicate to my music.  I’ve managed to build my farm schedule to allow for the odd festival here and there, but I try to do the bulk of my writing, recording and performance work into the fall, winter and spring, when the farm work eases up.

PAN M 360: Is the farm life also inspiring for your lyrics?

Shaina Hayes: Definitely.  Many of the tasks I undertake at the farm can be pretty repetitive and mindless (weeding, harvesting, etc.), so I tend to have a lot of time to let my mind wander while I’m working.  This is often when the first stirrings of songs come about.  The happenings on the farm also tend to offer lots of fodder for metaphors (à la “you’re a soft slipping mud in my hands” from my song “Mud.”

PAN M 360: Do you have to be depressed to write a sad song or happy to write a happy song? Is the song better if it really happened?

Shaina Hayes: I really don’t think so.  Being willing and able to articulate how you are feeling, whether happy or sad, is a crucial part of understanding yourself, and therefore essential for building a balanced and happy life. I think offering a perspective that resonates with or touches someone is the key to a good song, and I think that’s possible whether or not it really happened to you.

PAN M 360: “King” kind of changes the mood of the whole album for me. It feels very upbeat as opposed to ethereal folk I guess? Was that your intention for that song?

Shaina Hayes: Yes. The album was produced by Francis Ledoux and David Marchand – two of the members of Montreal noise rock band zouz (with whom I also sing on occasion) . Zouz is one of my favorite bands ever, and while, King isn’t quite as noisy or rocky as zouz, I made it clear that this was the one track that I hoped would venture the closest.  It’s certainly different from the rest, but I really enjoyed making it and hope to perhaps explore farther in that direction with future music.

PAN M 360: What is your favourite song on the album and why?

Shaina Hayes: It changes pretty regularly.  Though, I think “Mud” has always been a front-runner.  I feel that is the truest to my style and shows off David Marchand’s genius musicality.