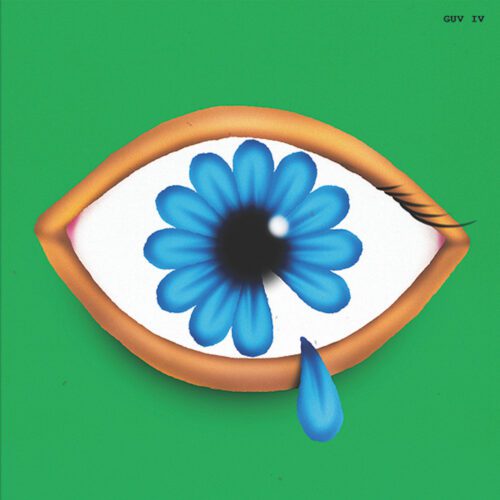 After a three-year hiatus, Toronto-born psych-pop icon Young Guv (A.K.A Ben Cook who was in Fucked Up), has returned. And his very latest release, GUV IV, is set to be one of the summer highlights for the genre. GUV IV uses shimmering, psychedelic, sonic atmospheres paired with a familiar-yet-distinctive vocal sound. Fans of the genre will hear Cook’s influences right away, with clear inspiration taken from acts like Tame Impala, Unknown Mortal Orchestra, and Her’s. But Cook proudly wears his inspirations on his sleeve, and the bulk of GUV IV comes across as a knowing homage rather than imitation.

GUV IV explores many sounds throughout its 40 minutes. Sounds range from 2000s-era pop-rock a la Oasis on early tracks like “Too Far Gone,” to iconic ’80s aesthetics on songs like “Wind In My Blood” and “Nervous Around U,” all the way to classic country imbued with a modern, psychedelic twist, as we see on tracks like “Cold In The Summer.” Despite this mashup of seemingly disparate genres, the musical potpourri works in GUV IV’s favour. It’s an eclectic mix that always comes back to irresistible hooks and satisfying instrumentals that feel fresh. Some songs, like “Cry 2 Sleep” really stand out, with fantastically bouncy, danceable arrangements, starkly contrasting with melancholy lyrics.

The album is mixed well overall, with emphasis placed on psychedelic soundscapes that feel contained yet transcendent. This works for most of the project, but some songs with simpler instrumentation, such as “Love Me Don’t Leave Me,” fail to crescendo and cut through, leaving them to feel flat. As a whole, GUV IV is a refined and joyous example of that quintessentially-boyish indie charm, and you’ll know it when you hear it.