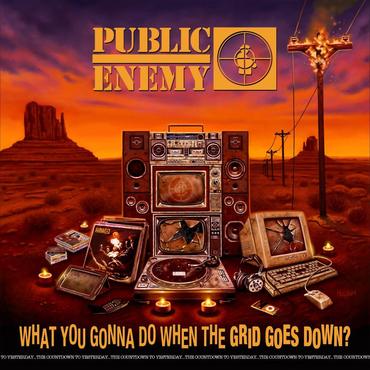 Public Enemy ends a 13-year break (excluding the Enemy Radio project) with an album that sounds like the “We are the World” of old-school hip-hop with a host of guests who, if not bringing something new to the sound of PE, at least served to spark interest in new music by a band that has been making headlines in recent years through gossipy clickbait rather than earworms. Without taking anything away from the first single “State of the Union (STFU)”, an excellent vintage of “classic” Public Enemy that hinted at some good things for this album, it is without a doubt the announcement of the guests that definitively put a little star in the  notebooks of aficionado who are still up to date. Mike D and Ad-Rock from Beastie Boys’ first collaboration since the band’s dissolution, George Clinton coming out of retirement, Ice-T, Run DMC, Cypress Hill, Nas and PMD… In short, the list is long but, paradoxically, it doesn’t add anything to the sound of Public Enemy, whose What You Gonna Do When The Grids Go Down? fits perfectly into their discography and that will please both the assiduous fans and those who harbour good memories As far as being part of hip-hop’s present, it’s far from it, but the subject is more relevant than ever, Chuck D has been and still remains one of the best politicized MCs in the hip hop realm. The production is quite classical, even anachronistic at times (the Van Halen guitar?) but remains in the vein exploited by Public Enemy since It Takes a Nation… and it’s a credit to the band to have remained faithful to it.  It remains to be seen if PE will be able to convince the new generation, but at least it’ll have pleased the nostalgic ones, who’ll be able to add a new record to the laser carousel without fear that it will detonate.