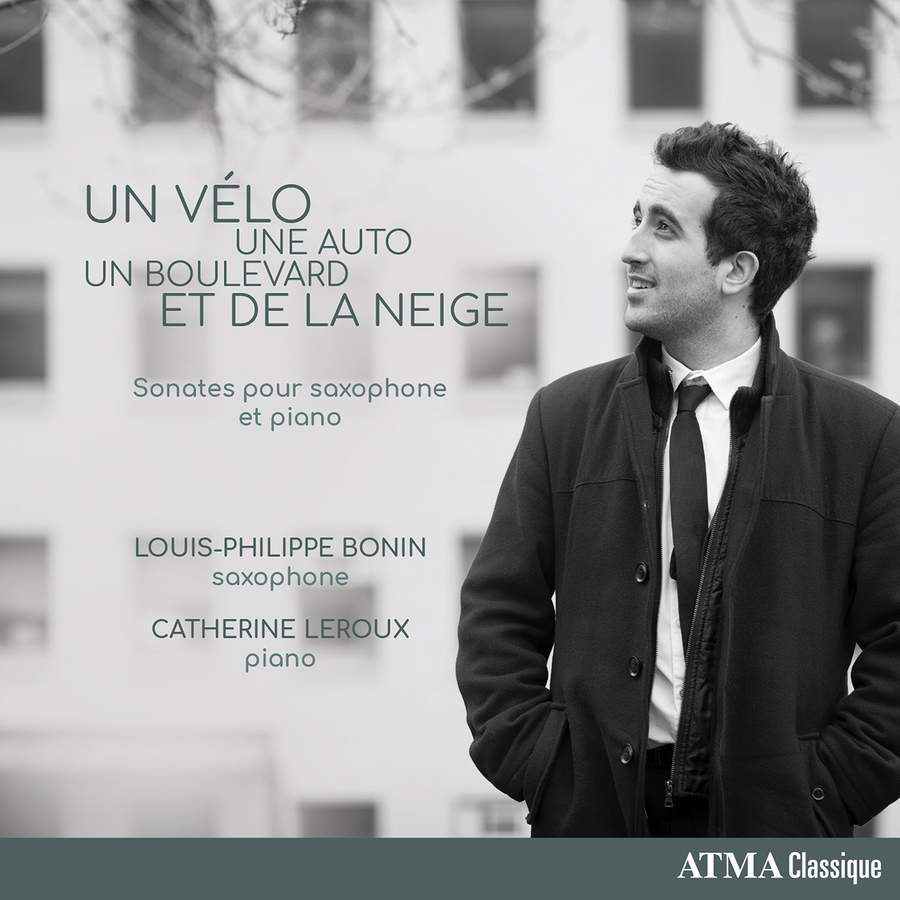 A versatile artist who ranks among the finest performers of his generation, saxophonist and teacher Louis-Philippe Bonin takes pleasure in exploring the repertoire for saxophone, which has historically been slow to establish itself as a concert instrument. Bonin is solidly accompanied by Catherine Leroux in a program that focuses primarily on works from the second half of the 20th century, including a sonata by William Albright, emblematic of the repertoire, and a sonata by French composer Fernande Deruck. He also presents two contemporary works, including one by the young composer Félix-Antoine Coutu, inspired by a polemical commentary by Éric Duhaime on the practice of winter cycling and the online reactions this commentary elicited. Bonin and Leroux deliver a disconcerting repertoire, but one whose accuracy of interpretation and communication between the two musicians keeps us attentive, and will appeal to listeners less accustomed to this material.