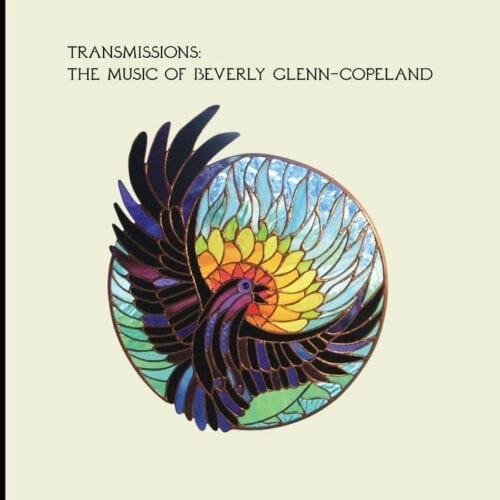 For decades, the music of Beverly Glenn-Copeland has flown under the radar of the music press. It took a Japanese collector getting his hands on the album Keyboard Fantasies for it to be discovered some 30 years after its release in 1986. Audiences could finally get to know an artist with a unique and warm voice. Perhaps the late-stage success that Glenn-Copeland finally enjoyed can be explained by the fact that in these troubled times, we need the comfort that this voice can give us more than ever.

The Transmissions compilation provides a comprehensive overview of the career of the Philadelphia-born trans musician, who has been living in Canada for several years. In no chronological order, the disc features folk songs from his first two albums released in 1970, a funkier track from the 1980 mini-album At Last!, two excerpts from the now classic Keyboard Fantasies – the work with which the artist discovered electronic music – a few more uptempo pieces from Primal Prayer (2004) and a beautiful new song, the sweet but profound “River Dreams”.

One constant emerges from such an eclectic corpus: the healing power emanating from Glenn-Copeland’s beautiful voice. From the excellent jazzy folk tunes released in 1970, to the singular minimalist compositions of new-age character found on Keyboard Fantasies, to the more rhythmic gospel pieces created more recently, the songs created by Glenn-Copeland all bear the imprint of that vocal timbre recognizable between a thousand and one, and of that humanity capable of soothing even the most bruised hearts.