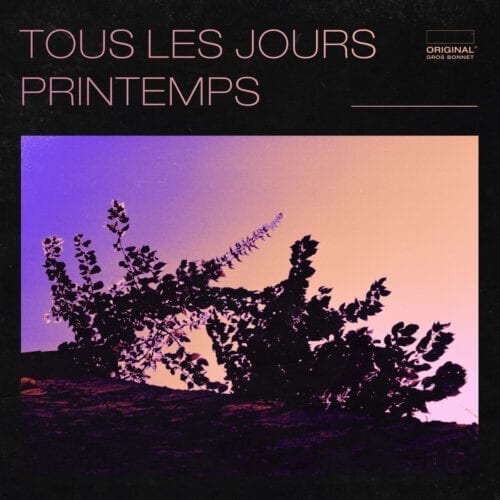 Few Montreal musicians can testify to such a hip-hop culture, a solid jazz education and a real propensity for orchestration. Few musicians can make a success of the encounter by avoiding the stylistic speed bumps and meanders of academism. Like all musicians of their generation, they have been raised on Robert Glasper, Kamasi Washington, Terrace Martin, Taylor McFerrin and, of course, Kendrick Lamar, Fly-Lo, and J Dilla, not to mention film and, why not, contemporary music.

On the flow side, they are more Atlanta than Los Angeles, Chicago or New York, they are more Travis Scott and Playboi Carti than Kendrick Lamar, Vince Staples, or Common. At the confluence of ambient and groove, several songs/raps on the programme lend themselves to medium tempos, although assured by very good drumming and carried by rich jazz, R&B, and neoclassical harmonies – chamber jazz in symbiosis with hip-hop beatmaking.

The lyrics aren’t decorative, the moods have been gathered over a couple of years. This keb rap has beautiful phonetic qualities, reveals some poetic discoveries without reaching any peaks. It deals with the elation and euphoria generated by a happy take-off, the inevitable cohabitation of these impulses with doubt, change, imperative upheavals, heroic evocations and other aspirations. Let OGB MTL conclude: “These 11 songs form a work celebrating constant evolution, perpetual renewal, daily fulfilment. Springtime every day.”