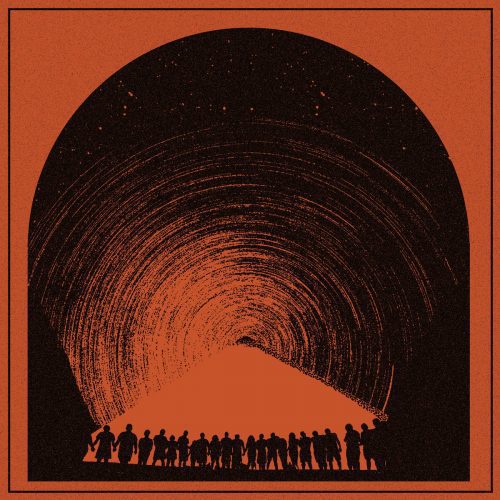 One cannot easily circumscribe these new offerings under the Thus Owls signature, which is a good thing in itself in this case. Rather than songs, let’s talk here about a brilliant work of poetry set to music in a context of high creation. Thus, the literary stream melts into a work involving composition, improvisation and electronic production.

The texts of this extraordinary singer, Erika Angell, refer to her isolation in North America during the pandemic and beyond. Away from her family and loved ones in Sweden, she writes about her changing identity, her life as a mother, her inner turmoil and other ongoing mutations

For this new project, Thus Owls has invited musicians to flesh out her proposal, well beyond the simple performance, we can observe it in the snippets of arrangements and improvisations of each. Thus, saxophonists Jason Sharp (bass, electronic filters), Adam Kinner (tenor, vocals) and Claire Devlin (tenor, vocals) join drummer Samuel Joly, bassist Marc-André Landry, all together with Simon Angell (guitars, synth bass, bass) and Erika Angell (lead vocals, keyboards).

The artists involved here come from contemporary jazz, electroacoustic creation, avant-rock, avant-folk and blend those references in order to achieve something else. Together they extend a hybrid, collaborative, highly imaginative art form and make real advances. This is an album that will mark the Montreal indie scene in 2022. And hopefully, Canadian production as a whole and international production as well. For Thus Owls remains one of the biggest bands of universal potential to come out of MTL.

Erika and Simon Angell have produced so much beauty since their artistic and loving encounter, a union from which a human being and five albums have been spawned. The first three were hits but never had the impact of their close Montreal colleagues, the extended family of Mile End, Patrick Watson, Suuns, La Force, Efrim Menuck, Godspeed, Jerusalem in my Heart and others.

Rather than diluting their proposal to maximize its impact, Erika and Simon persist and sign, constantly raising their compositional standards and the quality of their performances. Thus, they have the courage to play the whole thing, they do what brave and independent-minded artists must do willy-nilly. The future will prove them right.