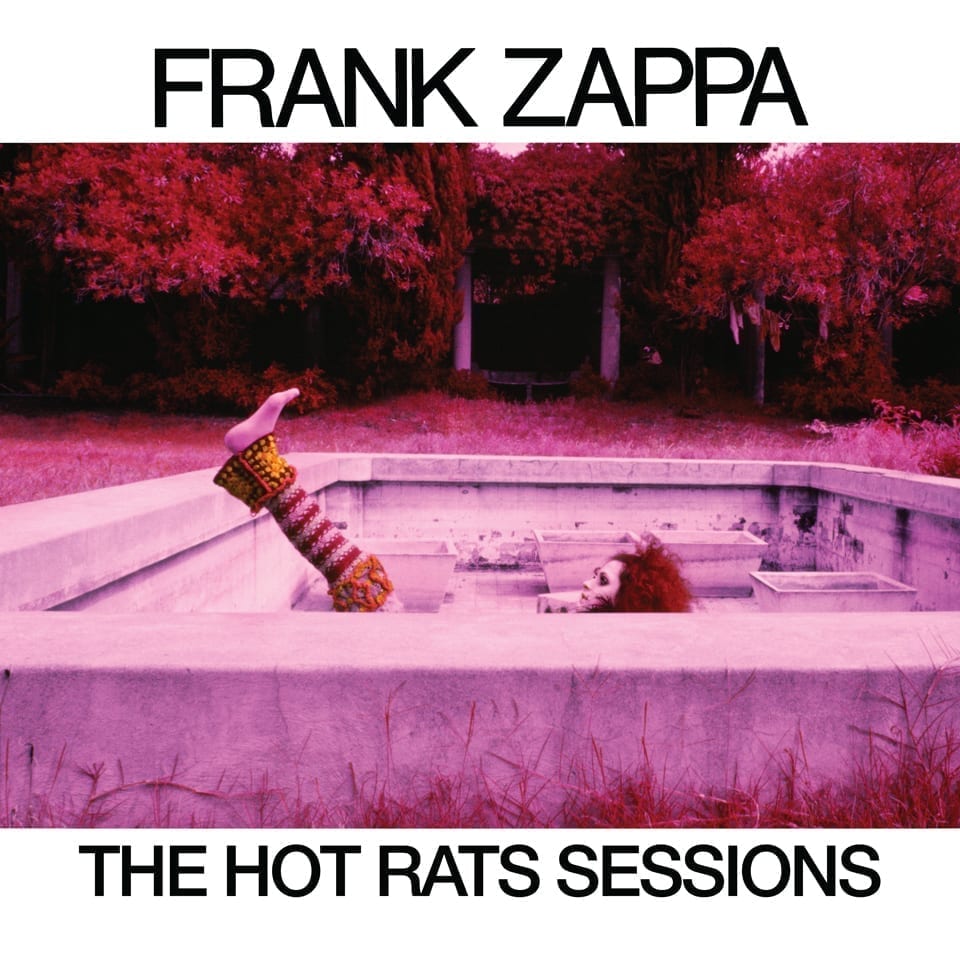 Things were rolling along in 1969. The Hots Rats recording sessions lasted three and a half days in July, the multiple overdubs during the last week of August, mixing in September and, as of October 10th, the striking photo of its cover popped out from record-store shelves. Zappa wasn’t the type to dawdle. He’d spent half the year touring the U.S., Canada and Europe, released the Mothers’ Uncle Meat double album in April, and produced Permanent Damage by feminine collective The GTOs (Girls Together Outrageously) and Captain Beefheart’s famous Trout Mask Replica.

The contents of this six-disc box set are a far cry from the sort of sessions in which half a day is poured into a two-minute reel. FZ is much more efficient, especially since has has at its disposal for the first time a 16-track console – a real prototype at the time – offering prodigious possibilities. In addition to the master takes of the Hot Rats tracks, many others can be found here taken from Burnt Weeny Sandwich (“The Little House I Used To Live In”, “Aybe Sea”), Weasels Ripped My Flesh (“Toads of the Short Forest”), Chunga’s Revenge (“Twenty Small Cigars”), up to Studio Tan (1978) (“Lemme Take You To the Beach”) and even 1998’s The Lost Episodes (“Lil’ Clanton Shuffle”).

It’s a real pleasure to witness the shaping of, among other examples, the drum pattern that introduces “Peaches En Regalia”, but what is undoubtedly the pièce de résistance of the set is the complete one-shot version of the piece from which, with many excisions, Zappa assembled “The Gumbo Variations”. On the original LP, the track is 12:54. On the first digital re-recording, released by Ryko in 1987 and reworked by the master himself, it is a good four minutes longer. At the time, one might have thought that Zappa had chosen to publish the piece as recorded. To my surprise, the complete version lasts 32:42, which is almost double the length of the original. Yes, of course, there are some muddy passages (which is normal in improvisation), but overall, the verve of the three soloists – Ian Underwood on tenor sax, Sugarcane Harris on violin and FZ on guitar – is surprisingly rich.

To boost sales of the album – which was a flop in the U.S. (no doubt judged too jazzy by Mothers fans) but rightly made the Top Ten album charts in England and the Netherlands – Warner produced six one-minute radio spots, written by David Ossman of the comedy group Firesign Theatre. The set contains four of them, all of which are snapshots from that bygone era. One announced that the record was “almost too psychedelic, almost too spiffy to listen to,” while another refused to identify its creator, “because most people think that his music is ugly and too weird and wish they had nothing whatever to do with him and the crazed minority he represents.”

A lot of content in this box set, but unfortunately nothing that reflects the great overdubbing work that Zappa and Ian Underwood did during the last week of August. I would’ve particularly liked to see how the sublime, polyphonic finale of “It Must Be a Camel”, the piece that masterfully closes the record, was developed. A fan has no choice but to go back to the original vinyl version, or the most recent digital re-recording, which is unfortunately not included here.

To mark the 50th anniversary of the album, Zappa’s eldest son Dweezil – also one of its dedicatees (he was born in the middle of its production, in September 1969) – has presented Hot Rats Live on tour since the fall, and stops in Montreal at the Corona on Wednesday, March 18. It’s sold out, alas, but there’s always scalpers…