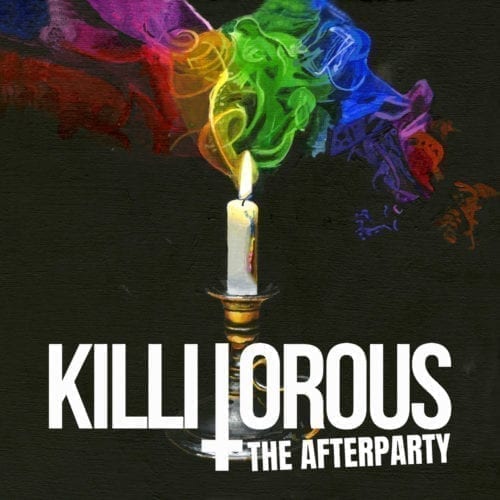 Killitorous make music to have fun. It’s all over The Afterparty, a rolling conflagration of blast beats and wild solos. Since Party Grind was released in 2014, the Ottawa-based core of the band has branched out to other efforts. Guitarist Aaron Homma has collaborated with Annihilator, guitarist Nick Miller joined First Fragment, and drummer Eric Morotti has become a member in good standing with Suffocation. There is also new blood in Killitorous: guitarist Marc Roy and singer Mathieu Dhani (ex-Epiphany from the Abyss) joined in 2015, while bassist Xavier Sperdouklis (Derelict, Ignominy) jumped on the bandwagon in 2019. The band’s technical death metal is thus enriched by a palette of influences – thrash, heavy metal, grind, classical, deathcore – that make the album varied and catchy. Moreover, The Afterparty sounds good thanks to the work of Christian Donaldson (Cryptopsy), who co-produced, mixed and mastered the whole thing. Not to mention the long list of guests who contribute to the party.

The humorous tracks, such as “Married With Children”, “Rodney Dangerfield Of Dreams”, “Re-anima-tomatron” and “King Diamond Dallas Page”, reinforce the idea of a band that doesn’t take itself seriously, while elsewhere lyrics reflect on the bitter taste of the morning after. A bit like mini-wheats, with their frosty and nutritious sides.