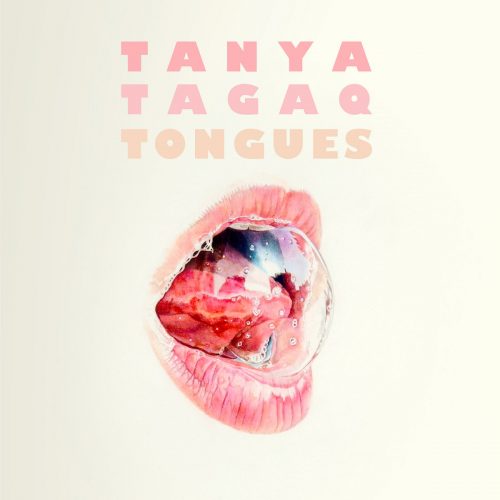 Tanya Tagaq Gillis has never been into Inuit entertainment or cheap northern exoticism. A visionary and instinctive creator, this self-taught visual artist remains a great aesthetic leader by embodying the avant-garde of the Canadian Great North. She is known to be well-versed in free improvisation, noise, contemporary jazz, electroacoustics and in the traditional throat singing of her people, which she brilliantly adapts in a completely different context. Recipient of the Polaris Prize in 2014, Tanya Tagaq is now more than ever a public figure of Aboriginal origin. On many occasions, she has denounced the prejudices against her people (alleged alcoholism, reprehensible seal hunting, etc.) but this time, the pain and anger reach another level of impetuosity, they become the themes and moods of a complete album.

In ten songs, or musical pieces, Tongues deals virulently with many sufferings experienced by the Canadian Indigenous people, direct and indirect consequences of Western colonization. We feel the condition of the victims and the return of confidence, in this Indigenous rebirth … nevertheless plagued by suffering, for the reasons that we know.

So in this context, Tanya Tagaq’s music is less conceptual, and more visceral than ever. The Inuit throat singing is similar to the death metal growl, the rhythms become heavier, the synthetic frequencies storm our ears, it sometimes comes close to darkwave or synthpunk. Highly-charged, sometimes even violent, but thrown in a generally succinct form, the words plunge us into a torment and the Indigenous hope “made in Canada.” The artist can indirectly evoke the boarding school residents of previous generations, forcibly confined in these sordid places of violent acculturation and linguistic negation – Tongues, obviously. However, any miserabilism is excluded from this recording; the narrator also embodies the return in force of her people and her culture, and asserts herself as the formidable anti-colonialist and anti-racist warrior that she is. All the while without neglecting an essential variable to the assumption of her freedom and her autonomy: “do not fear love.”