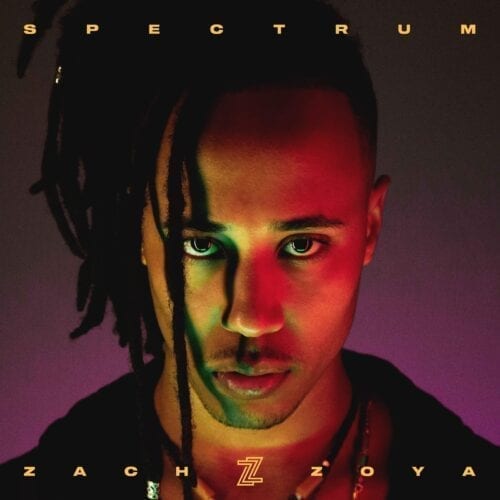 In recent years, Zach Zoya has been perceived as one of the most promising newcomers in keb rap. A few singles and a mixtape produced by High Klassified later, we were still waiting for the consecration of one of the most promising talents among Quebec’s young creatives. The release of Spectrum, a six-track EP, was announced in a dithyrambic manner by several major English-language music outlets, including Complex and HotNewHipHop. Zoya clearly doesn’t disappoint on this new recording, where he uses his know-how with finesse. Juggling as usual between singing and rap on trap productions, he unveils a refined and diversified opus. Zoya has perhaps the most pleasant voice on the Quebec hip-hop scene. His rapping has a Kendrick-style intonation, and his singing has a tremolo similar to that of the big names in R&B in the late 1990s. In addition, his sparing use of the Autotune colours the pieces with a trap sauce as needed. It’s only a matter of time before he makes a name for himself outside the province and can surround himself with producers and collaborators who will do even more justice to his talent. The excellent “Patience”, on which Zoya collaborates with several distinguished producers, illustrates his ability to write deeper lyrics, and is the culmination of the EP. But he misses the mark on “Slurpee”, the last track, which has no chemistry with the others and seems to break the dramatic thread of his work. The rapper’s versatility and variations in flow on Spectrum are highly appreciated, a testament to his evolution as a lyricist and artist. We’re now ready for Zach Zoya to take the next step: an album where he would impose his artistic vision, and where he would string together the grand lyrics and vulnerable moments. Rarely have we seen a more natural English-speaking rapper in Quebec. It’s up to him to show that he has what it takes to rub shoulders with the biggest names in Uncle Sam’s country.