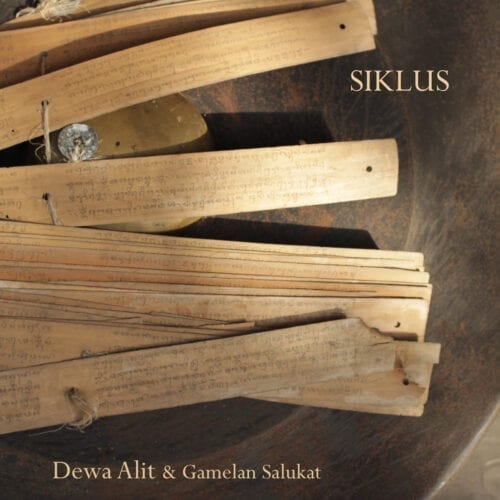 There’s a healthy movement among modern Indonesian music-makers to constantly update and expand the possibilities of gamelan, the primarily percussive orchestral music of the archipelago, while respecting its time-honoured formal aspects. Bali’s Dewa Alit, an innovative instrument-builder and even more daring composer, is among the foremost names in this regard, having worked with Bang on a Can and done a residency at MIT, among many other things. With their previous records Genetic and Land is Talking, Alit and his ensemble Salukat, two dozen players strong, unveiled works that are imaginative, evocative, and unpredictable.

Siklus, their latest, was originally commissioned for 2019’s Sharjah Architecture Triennial in the United Arab Emirates, to complement a presentation on Bali’s irrigation systems and its traditional Pawukon calendar, based on rice cultivation. The title, meaning “cycles”, reflects Alit’s interpretation of that calendar, and the recurring changes in nature that it follows.

Given the distinctly natural theme, it’s a bit odd, but enjoyable regardless, that much of the second movement (following the deep, distant resonations of the first) sounds like vintage computerized info-noise. It’s only with the remarkable third movement that the ensemble is roused into anything resembling the familiar clangour of traditional gamelan, and even that takes a very original turn melodically. All in all, another intriguing creation from a very crafty orchestra, led by a composer to keep an eye on.